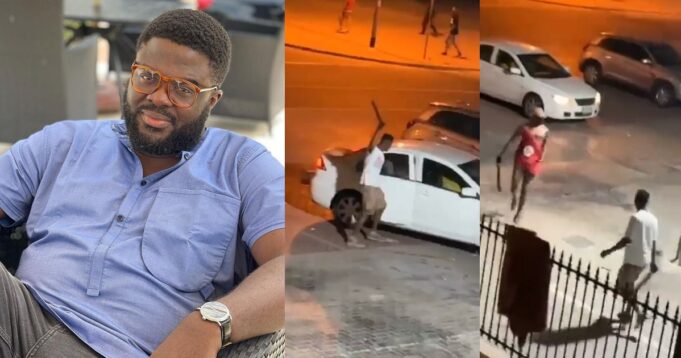 Dubai has reportedly banned visa applications from Nigerians after some Nigerian migrants caused chaos in the United Arab Emirates (UAE).

The young men were captured in a video wreaking havoc in a neighborhood in Satwa at night. In the video, they were seen brandishing cutlass, broke the side window of a car, and generally caused unrest in the quiet neighborhood.

Days after the incident, it was announced that the miscreants have been arrested by men of the Dubai police.

However, Dubai have taken the penalty a step further by banning visa applications from Nigerians planning to visit the country.

An alleged report claim they are no longer issuing visas to Nigerian men below the age of 36 because of the fight.

Watch a video from the fight below,

Look at what Africans are doing in UAE, Ajimaih Dubai. Chai. 💀pic.twitter.com/BTDo6DfSYp

Reacting to the development, movie producer, Aremu Afolayan said the culprits should be punished but other innocent Nigerians should not be made to pay for their offence.

According to him, the decision made by the Dubai authorities will affect other hardworking Nigerians seeking to make ends meet.

“Pick up the trouble makers and don’t use that to destroy the livelihood of every other Nigerians,” he said in a video.

He also berated the Nigerian ambassador in Dubai for not speaking up for his countrymen.

Watch him speak in a series of videos,