Popular Nollywood actress, Toyin Abraham has finally joined the protest against police brutality in the country, after she was dragged to pieces on social media by Nigerians. 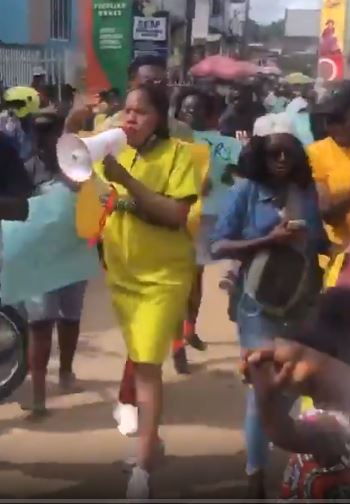 The actress who joined several other celebrities and aggrieved Nigerians, now claims that she’s more than her movies, but an instrument of change. 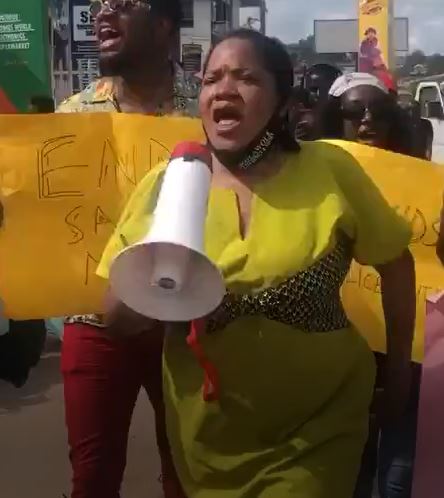 Sharing video of the protest on her official Twitter page, calls on other Nigerians to lend their voices to ensure the demands of the populace are met.

I am more than my movies, I am an instrument for change and a destiny implementer. You can do this. love you all. #EndSARS.

Recall that, Toyin Abraham was under serious heat by Nigerians yesterday, over her insensitive comment on the #EndSARS protest.

Abraham had since the release of her new movie, Fate of Alakada been promoting it on all her social media pages and recently, in light of the protests by Nigerian youths pushing for the end of the Special Anti-Robbery Squad division of the Nigerian police force, the actress still continued with the promotion of her movie.

This prompted people inquiring why on why she isn’t joining the #EndSARS campaign and the response she gave is what has triggered Nigerians, making her the top current trending topic on Nigerian Twitter.