Home Viral “I have everything, what else do I need to get a man?”... 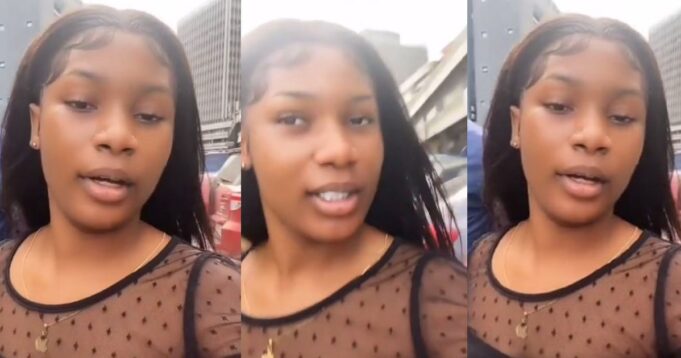 A beautiful young Nigerian lady has lamented over being single despite possessing all the physical features that can attract a man.

In a trending video, the young lady expressed how exhausting being single is and wondered why she’s yet to find a man to be her companion.

She noted that she’s beautiful and has everything, but yet no man has approached her for a relationship.

She moved the camera over her body to display her attractive figure while asking why she is still single despite her beauty and enticing physique.

She then asked a self-reflective question about whether her character might be what is ruining her chances of getting a suitor.

“This single life is already eating me up, what else do I need. I am beautiful, I have everything”, she said.

In other news, controversial relationship expert, Blessing Okoro, has taken to her social media page to share her opinion on why most successful women remain single for a long time.

According to Blessing, most Men who are small minded always end up being intimidated by a Woman’s success and that is the reason most of these successful women are single.

“It is because a lot of men do not have any other thing to offer a woman apart from money, yes just money. So when you start making money as a woman, a lot of men get intimidated.