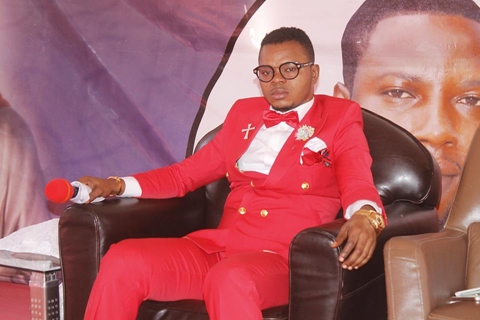 Ghana’s most controversial man of God, Bishop Daniel Obinim sparked yet another outrage on social media today after a video showing him flogging a teenage girl and her alleged boyfriend in the full glare of his congregation surfaced online, and stirred up conversations on why the ‘Angel of God’ has not yet been arrested.

According to Olisa.TV, the incident took place yesterday at Obinim’s International Godsway Church in Ghana. The bishop had claimed that his “angels” revealed to him that the two youngsters were fornicating, leading him to bring them out during service and punish them for their sins.

He also stated that their s*xual affair had resulted in pregnancy and they had secretly terminated it.

In the video which was televised live on his OBTV, many of Obinim’s followers in the church, including his musician wife, Florence Obinim were seen laughing as the bishop repeatedly whipped the duo.

At some point, his junior pastors also joined in the flogging.

Twitter and Facebook are currently burning up with comments from outraged people who have slammed the action of the supposed man of God as barbaric as many are calling on relevant authorities to take action.

Below are some of the reactions we culled from Twitter; 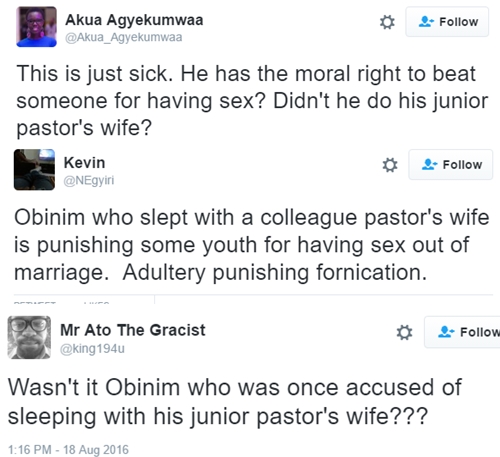 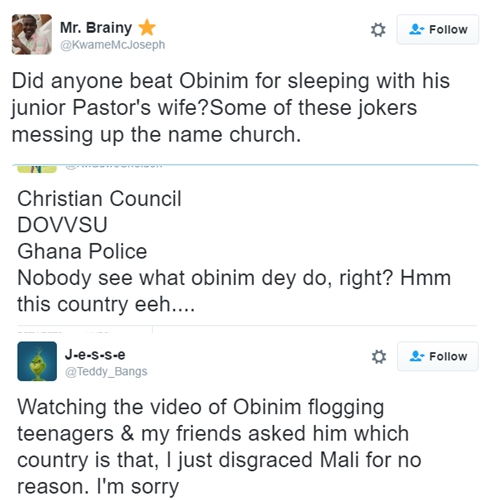 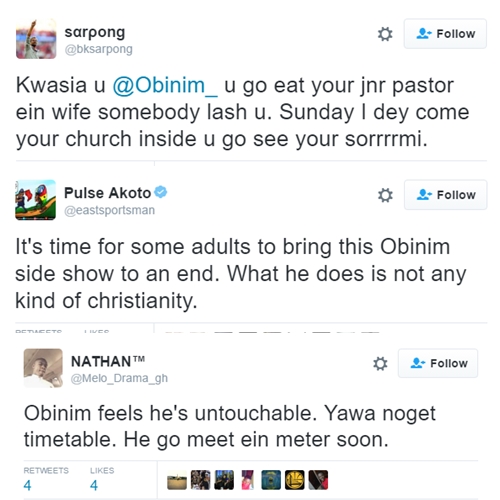 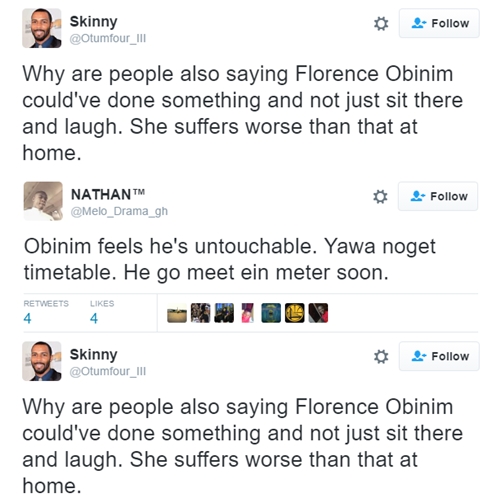 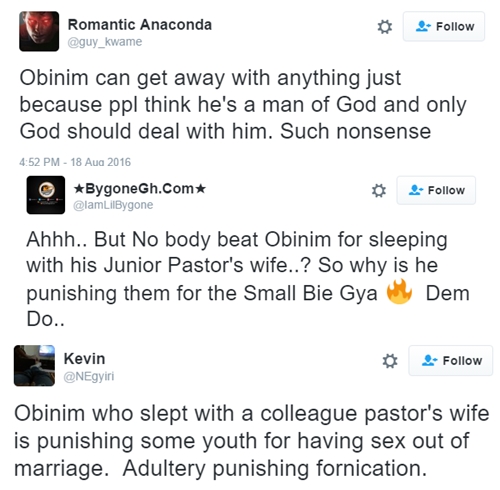 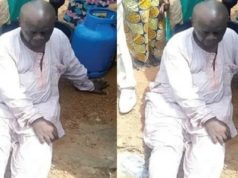 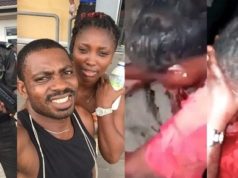 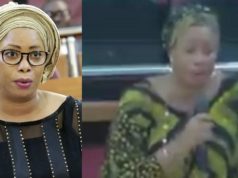 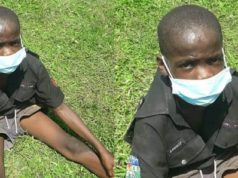