Hausa actress, Maryam Booth has finally reacted to her nude video which got leaked on social media and ignited a firestorm on Twitter. 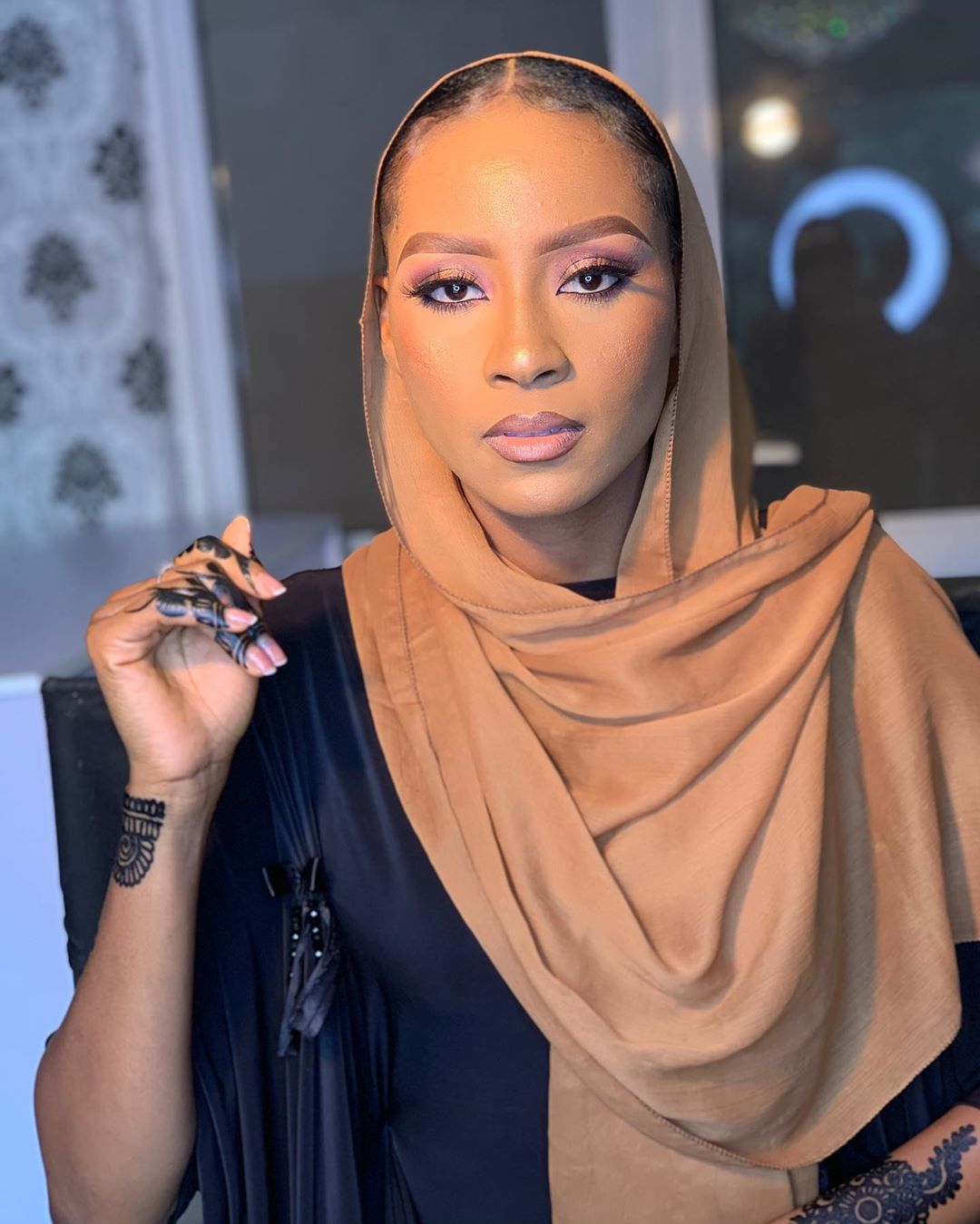 In the 3 seconds clip, the Kannywood actress was seen stark naked and trying to put on her underwear before rushing to snatch the phone from an unidentified person holding the camera. 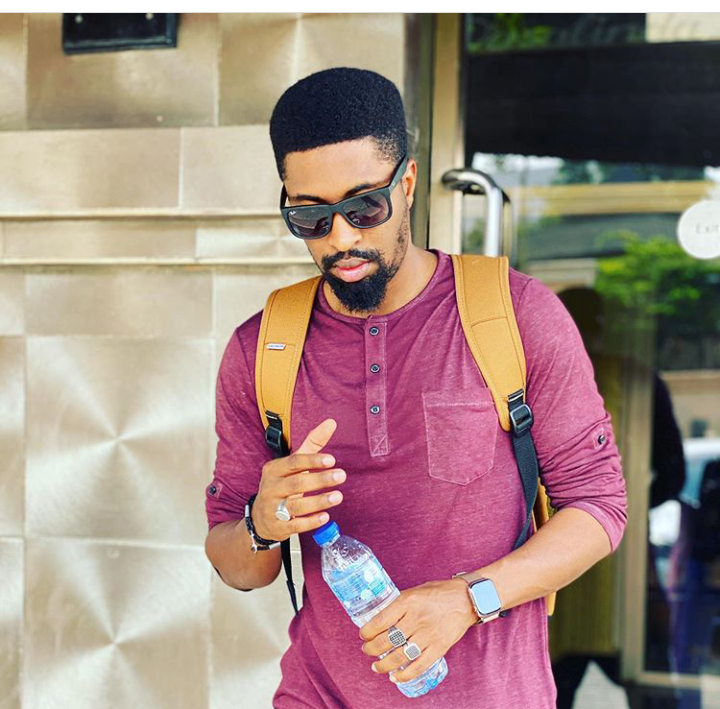 Deezell however issued a statement in which he debunked claims of leaking the nude video. 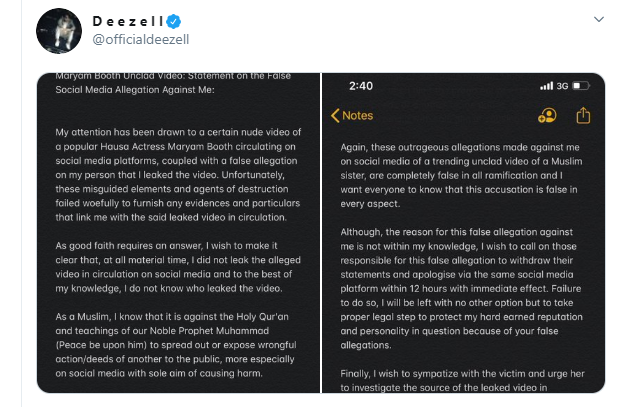 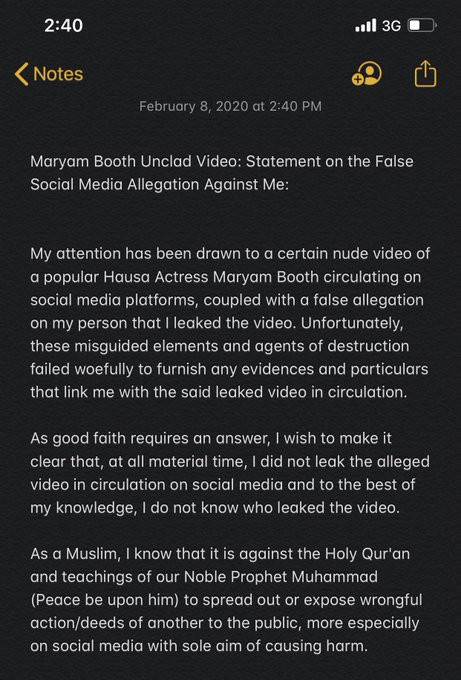 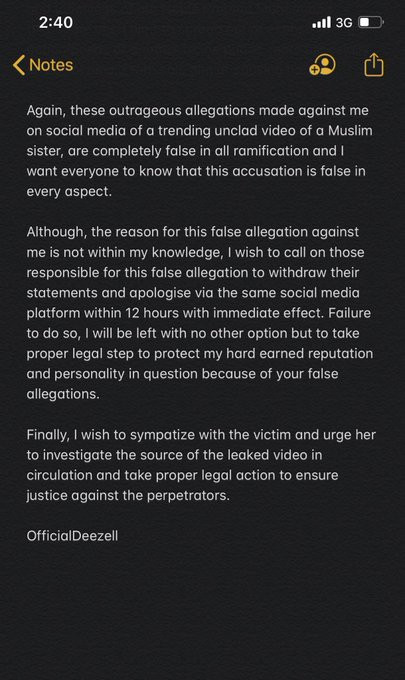 Deezell’s statement has now forced Maryam to react to her leaked video. Maryam vowed to take legal action against the person behind the leak. She also accused her ex, Deezell of recording the video three years ago. She alleged that on multiple occasions, Deezell allegedly “threatened to leak her video if she does not pay him”. 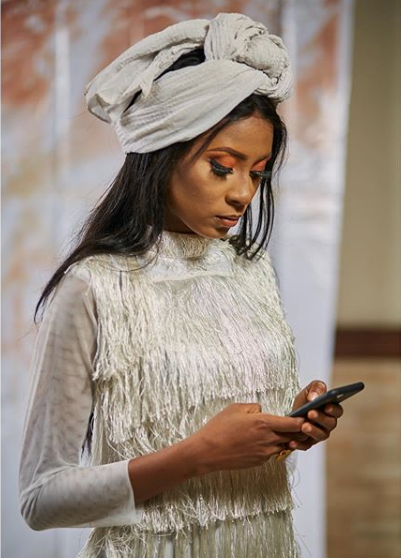 In a statement made available to newsmen, the Hausa actress said;

“I am aware of the current trends and media outrage regarding the unfortunate leaked video, purported to be me, released via number of social media platforms, and viewed by thousands of people so far,” she said.

“Initially, I wanted to keep mute until security agencies concluded their forensic research and investigation.

“The recent statement from someone, in person of Ibrahim Ahmad Rufai, popularly known as Deezell, leaves me with no choice but to break the silence. As a woman, actress and role model I will not let this matter to be swept under the carpet.

“For the record, I want to categorically state that this same man (Ibrahim Ahmad Rufai) has been, in multiple occasions threatened to leak my video if I didn’t give him money.

“As a woman, actress and role model to millions, I have been trying to protect my dignity through possible means, but without my knowledge, the three-year-old video was leaked.

“In a situation like this, one need to be very observant before any pronouncement, but it is true that Deezell was my Ex who then sneakily recorded me while I was changing.

“I am already in touch with associates for consultation, which may require taking legal actions against whoever is responsible for leaking it.”