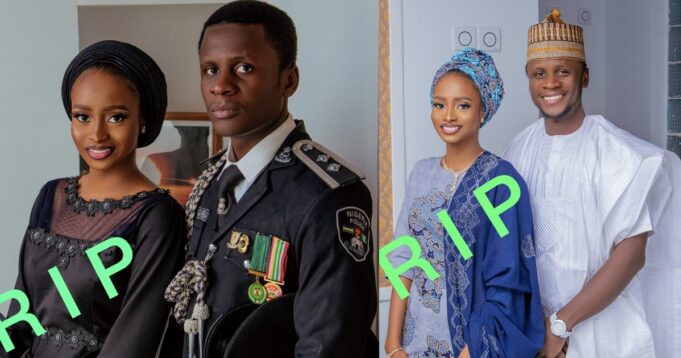 Abdulmuhyi Bagel Garba, a young Nigerian man who lost his fiancée in a fatal accident one month to their wedding in Bauchi, has penned an emotional tribute to her, six months after her death.

Garba’s fiancée, Hauwa Abdullahi Shehu, a 300 level student of Bauchi State University, was killed in the fatal crash which occurred on her way back to school in Gadau on Sunday December 2nd, 2021. Read here.

Hauwa and the younger brother of Bauchi State Commissioner of Power, Science, were set to wed in Azare, Bauchi State on Saturday, February 5th, 2022, before the tragedy struck.

Taking to Instagram on Saturday, July 2, to pen a torching tribute to Hauwa on the six-month anniversary of her death, Garba wrote,

“I wish heaven had visiting hours and I will ask if I could see you you and tell you how life feels without you. RIP Dearest.”

“But some days, the pain is worse that the day it happened. May Allah grant you Jannatul Firdausi.” he added.

The CEO of Lambo Homes and BBNaija ‘Pepperdem’ winner stated this in a post via her official Twitter handle on Saturday night, July 2, while expressing unhappiness about the sad reality.

“Money is not happiness, I hate this life 😡,” Mercy Eke wrote on the micro-blogging platform.