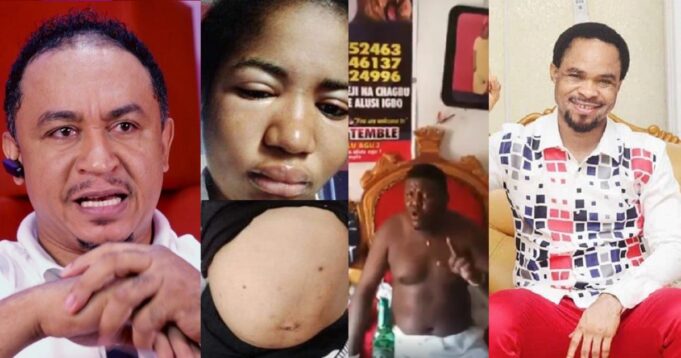 It was earlier reported that the native doctor who was also attacked by comedienne, Ada Jesus in her comedy skit, has forgiven her and begged Prophet Chukwuemeka Odumeje to do the same. Read here

In reaction to the native doctor’s action, Daddy Freeze berated Pastor Odumeje for refusing to forgive the ailing actress while an herbalist forgave her without much hassle. According to him, the native doctor is the real Christian because his action is in line with the Bible.

Blessed are the merciful, even if they are herbalists, because they would be shown Mercy!

See as he is enjoying cold Heineken, forgiveness brings peace!

◄ Matthew 6:14 ►
New Living Translation
“If you forgive those who sin against you, your heavenly Father will forgive you.

◄ Matthew 5:7 ►
New International Version
Blessed are the merciful, for they will be shown mercy.