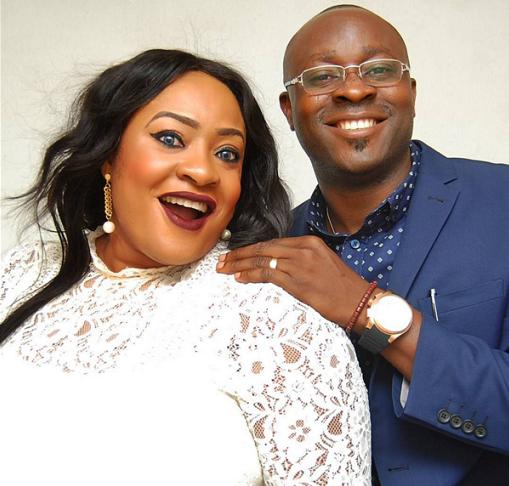 The couple were united in Holy Matrimony on February 15 2013 – and have since then been able to stand the test of time because it was given six months to crash.

Kayode Salako and his lovely wife, actress, Foluke Daramola are waxing stronger by the day.

“I did not fancy Nigerian actresses. When I met Foluke, she never proved to me that she was the sterotypical actress. She is a very good cook, washes my underwear, she is homely and not outgoing. In fact, I now prod her to go out. She prefers to be at home with her husband and the children. She is very reasonable, mentally upright, focus and ambitious. She is godly and she can recite 25 psalms in the Bible off hand. She is not money conscious, fun to be with and till date, we still live as friends. We have many things in common. We are activists, we both believe in fighting for our rights.” 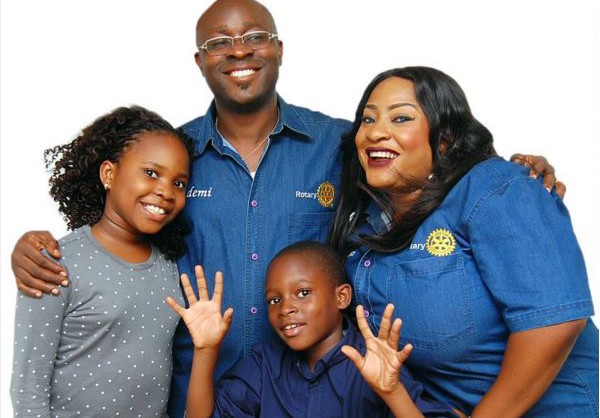 Any reaction from his family?

“I wasn’t expecting to marry a perfect woman. I have decided to be her father, her boss, her friend and a teacher. When I was getting married, I told everyone in my family to go all out and make inquiries if she is my wife. I consulted about 65 pastors before I made up my mind on her.”

Who apologises when there is a misunderstanding?

Foluke, the mother of two replied, “I was in a marriage before, so making amends when there is a wrong is no problem. Most of the time, I say, ‘I’m sorry,’ it does not cost anything to apologise. If not given, it can degenerate to anything. Fortunately, he does not suffer from inferiority complex. The kind of upbringing I have is contentment and love. I want to have my husband, children and run my home. When we were about getting married, my father-in-law was skeptical and some of his siblings. I made everybody realise that acting is a profession, which I happen to find myself.”

Kayode said, “Foluke is stubbornly reasonable but quick to accept her fault. She kneels down and apologises and sometimes, sheds tears to show she is indeed sorry. I love her very much, she is like my baby and I don’t fail to tell her when she is wrong. Our quarrel doesn’t last an hour. We are not in this marriage by accident but by the will of God.”

So, what makes a marriage successful?

Kayode proffered, “Maintain that channel of communication. Discuss it all because when you don’t tell her she might not know. Secondly, understand each other. Know your wife and who she is. You must also be friends. Also a man should learn to overlook especially if you are married to a celebrity. I read a book where a writer said nothing is a problem, only thinking makes it so. If you attach meanings to every issue, marriage heads for the rocks. Not all the time should you overlook but when you want to make a complaint let it be in the confines of your bedroom. Let the man be mentally mature too and be confident in himself. Also, learn to share. A man should not allow his wife do all the chores and he wants to share her money with her, it fails. She is not your slave, she is a human being that deserves happiness.” 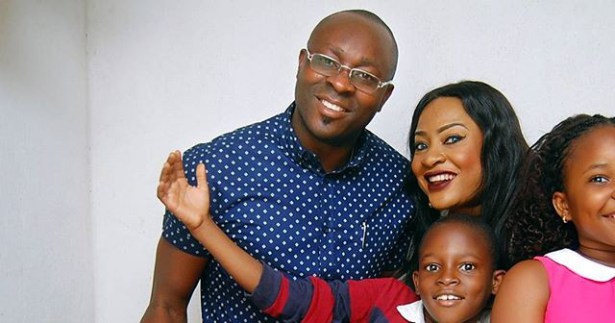 Foluke said, “The woman is motivated by what she hears and the man, what he sees. Women make the mistake of not spicing up their marriage. What are those things that attracted him to you? Then, don’t stop. He loves my legs and I wear short skirts at home for him. You have to put your man on his toes. Read books and know what excite your marriage. Also, men don’t tell their wives ‘I love you.’ Pay her compliments. I wash his undies, cook special diet. In fact celebs go the extra mile to make marriage work. We try to pamper, make men feel special and want homes. We need confident men. Take care of your man. Say, ‘I love you’. My husband tells me every morning, ‘I love you.’