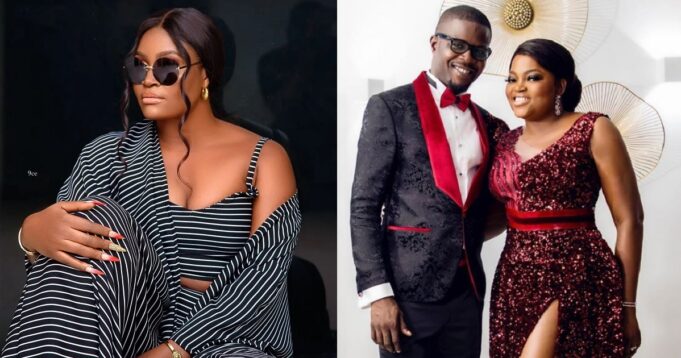 Nollywood actress, Chizzy Alichi, has come under fire over a comment on her Instagram page following news that her colleague Funke AKindele’s marriage to rapper JJC Skillz has crashed.

In an Instagram post on Thursday morning, JJC Skillz notified the public that he and actress Funke Akindele have parted ways after six years of marriage and two beautiful twin boys together. This news set social media buzzing, with netizens sharing their hot takes on the split.

However, shortly after JJC’s announcement, Alichi took to her Insta-stories to say a prayer for her marriage, a move that many considered insensitive and lambasted her for it.

She declared that her marriage is working and prayed that it would continue to work.

“My marriage is working and will continue to work in Jesus name, Amen.” She wrote.

In an apparent reaction to Alichi’s post, actress, Seilat Adebowale, said she should have said the prayer in her home or her mind instead taking it to social media at this time.

“Sad how people laugh over someone else’s predicament…How about you say the prayer in your home or in your mind”.

@chocolate__smoothie wrote, “It’s the insensitive timing for me.”