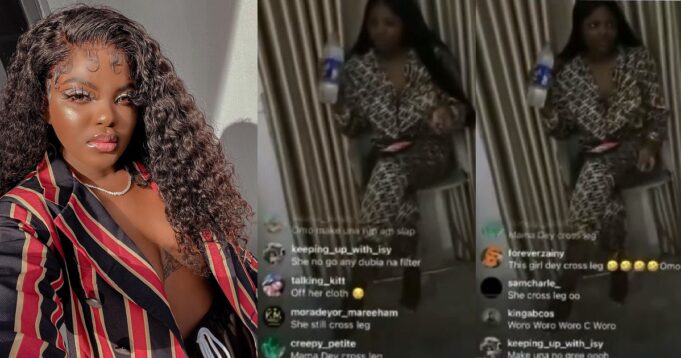 Popular Instagram Slay Queen, Teju Pretty has been confronted by a businesswoman she was allegedly owing N1.055m for over a year.

Teju was allegedly owing the businesswoman and refused to pay so she decided to apply pressure on the case. The businesswoman stormed Teju’s home with some security operatives on Monday, June 1.

To further embarrass the popular slay mama, the woman went on Instagram live so her followers could also witness the confrontation.

It was alleged that Teju only had N48k in her bank account at that moment, so she had to call a friend of hers for help.

In the viral IG Live video, she could be seen trying to call someone on her phone but the person didn’t pick up the call.

Teju Pretty had a similar issue with an Instagram vendor in June 2020 after she slayed with a N45k cloth she bought on credit. She has also been linked with other controversial issues in the last few years.

See some tweets about the issue below,