One of Africa’s biggest music making labels, Made Men Music Group, has released the first official tracklist of the album “Applaudise“, by her flagship pop star Iyanya.

“Applaudise” is named after the core themes of the album, which shows Iyanya, projecting celebration, happiness, and all the good feelings that come with being in a state of joy.

Iyanya, who has lyrical depth and versatility, takes his fans through a happy ride, as he serenadeson this LP.

A 20-track masterpiece from one of the most prolific superstars, “Applaudise” seeks to connect with every listener by its impressive genre-distribution, and variation of sounds.

This album contains core African sounds, with creative fusions and twists to bring to you, the best of Highlife, Dancehall, Soukous, Afrobeat, Pop, R&B and many more.

A number of the best entertainers on the African continent collaborated on this project, bringing in their mastery and top-notch talent to make the album one of the best bodies of work, to be released in 2015.

“Applaudise” will be released on September 19, 2015, to digital and local stores. 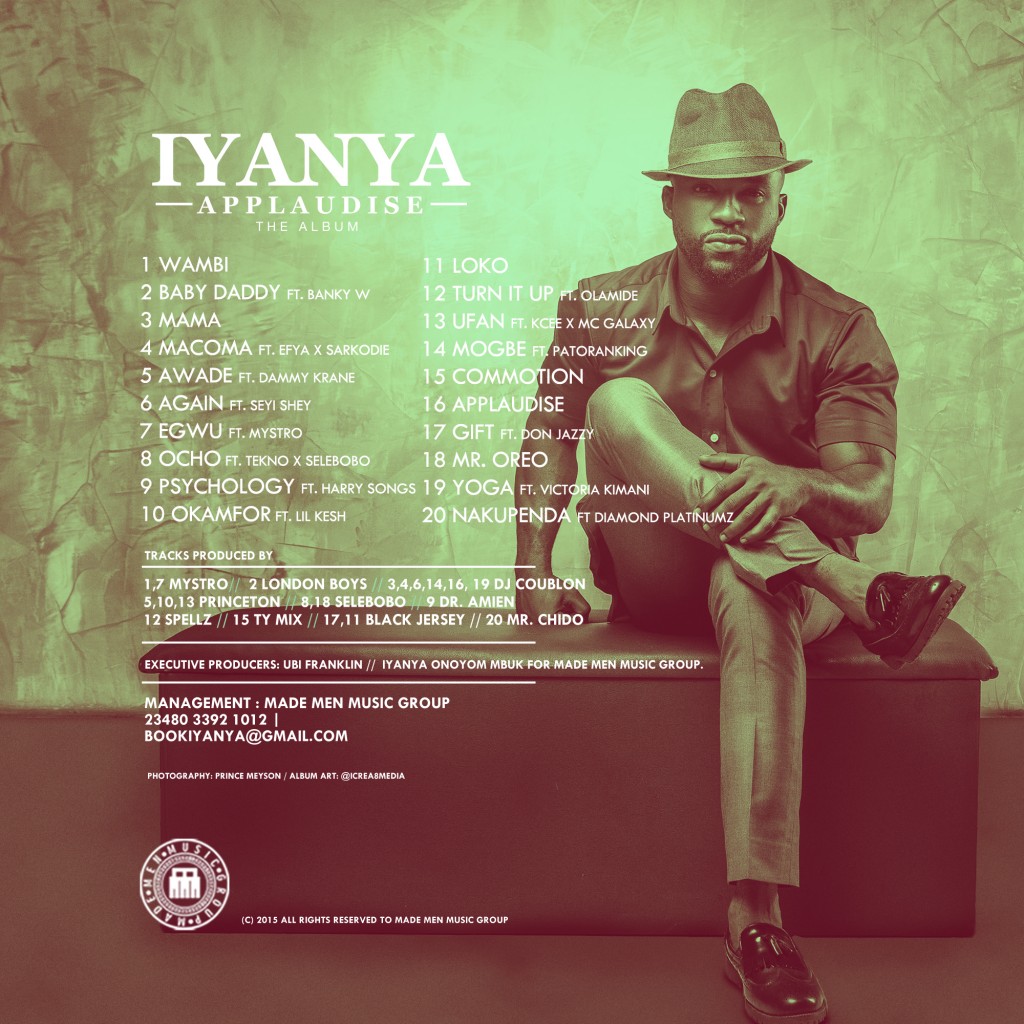 12. Turn it Up ft. Olamide
Produced by Spellz