Home Entertainment News Joke Silva at 55: 15 things you need to know about the... 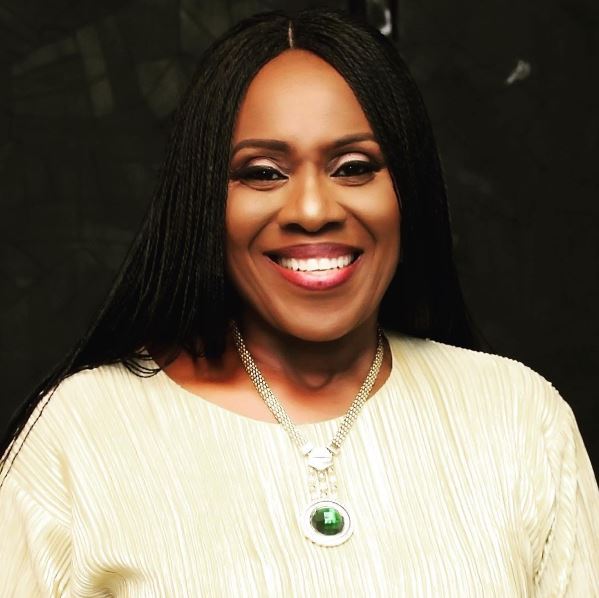 Nollywood veteran thespian, Joke Silva is celebrating her birthday today and she posted a beautiful picture of herself on her Instagram page, alongside a simple message to celebrate the day.

“Grateful to God for another year. Thanks everyone for your beautiful messages/prayers and happy birthday to all my birthday mates. God bless you. #Birthday”- She wrote.

Here are 15 things you need to know the movie legend.

2. Silva was born in Lagos, into a family of four children.

4. A graduate of the University of Lagos and Webber Douglas Academy of Dramatic Art in London.

5. At the university she was part of a cultural group which included Bode Osanyin, Stella Monye and others.

7. In 1998 she had a major role starred opposite Colin Firth and Nia Long in the British-Canadian film The Secret Laughter of Women.

8. In 2006 she won the “Best Actress in a Leading Role” award at the 2nd Africa Movie Academy Awards in 2006 for her performance in Women’s Cot.

9. “Best Actress in a Supporting Role” at the 4th Africa Movie Academy Awards in 2008 for her performance as a grandmother in White Waters.

12. The couple founded and operate the Lufodo Group which include film production and distribution assets and the Lufodo Academy of Performing Arts, where she is Director of Studies.

13. She is the also the pioneer managing director of Malete Film Village, in association with Kwara State University.

14. On September 29, 2014, Silva was bestowed with the National Honours Award (MFR Award) at the International Conference Centre in Abuja.

15. In September 2016 she was unveiled as the brand ambassador for AIICO Pension Managers Limited (APML).