Home Entertainment News “Leave our classic movies alone or do the work to make them... 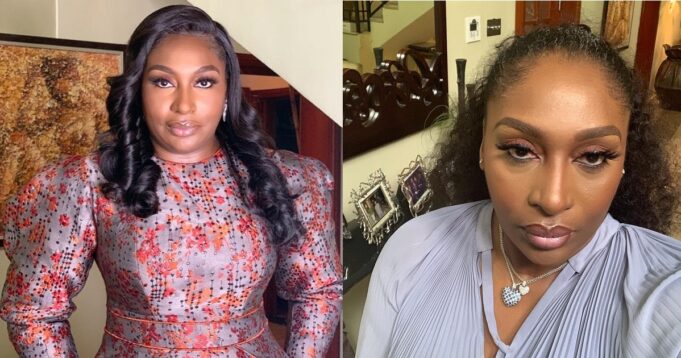 This comes amid the recent trend among filmmakers where they remake old Nollywood movies and use new-school actors to play the roles.

Movies like Living in Bondage: Breaking Free, Nneka the Pretty Serpent, Rattle Snake, and most recently “Glamour girls” have been churned out in the past few months.

However, netizens have opined that the remakes has been subpar and didn’t meet their expectations.

Ego Boyo has also waded into the topic in a tweet posted on Twitter. She warned filmmakers to leave Nollywood classics alone and if they insist on remaking it, they should put in the work to make it worth the viewers while.

She tweeted, “#leaveourclassicsalone or at least do the work to make them worth watching”.

Many movie lovers have trooped to the comment section of her tweet to air their thoughts on the recent trend.

“Till date the remake of living in bondage was the only one that got me watching. The rest were painful to watch”

“Thank you. Somebody had to say it.

Nneka the Pretty Serpent, Rattle Snake, and now Glamour girls. Wack scripts one and all. Good cameras and locations can’t mask that”

“Totally agree. It’s disrespectful,decades later and they didn’t even come close to the original. I need to go look for it to watch now just so it stays untainted In my memory. Such a disservice!😞”