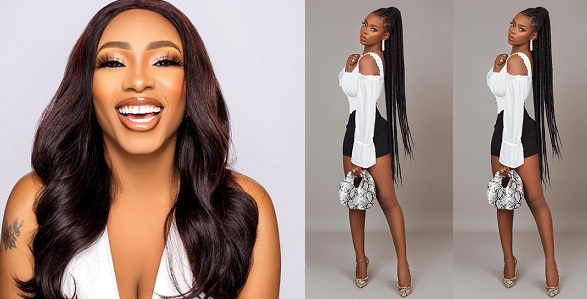 The edited photo appeared confusing, as one could not easily place the direction she was facing. Her legs and head faced the same direction even though she was trying to turn around.

“Life is so subtle sometimes that you barely notice yourself walking through the doors you once prayed would open”.

As expected, Nigerians took to the comment section to mock and criticize her editing skills, while some fans urged her to reduce the way she edits her photos.

Reacting to the photo, Big Brother Naija season 4 winner, Mercy Eke used the opportunity to inquire the direction her legs and hands were facing as was also confuesd like several other fans.

“Where’s your leg and head facing?”