Lolu and Anto finally spoke yesterday about their issues.

They were both in the dressing room when Lolu approached Anto again with the issue of him deceiving and breaking her heart/not completely being truthful to her. 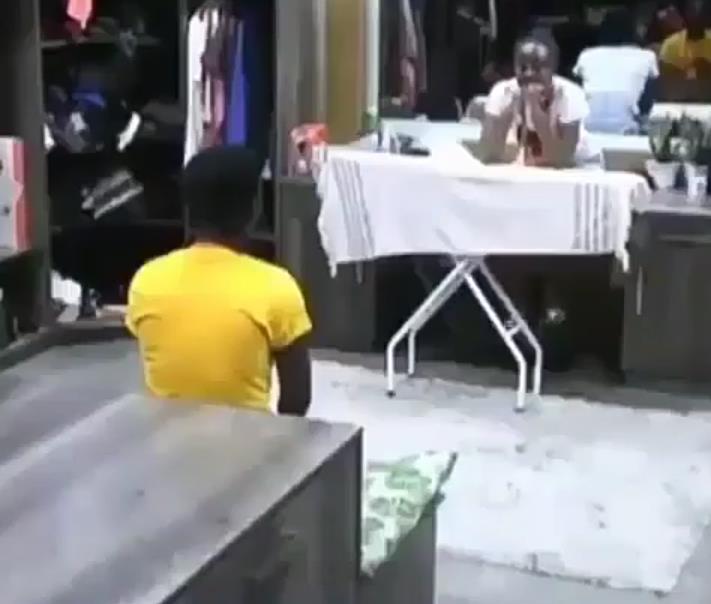 Upon her return to the house, Anto revealed that she discovered Lolu has been sending messages out to lady outside the house, when indeed, he told her, there was no one. Hence, she felt emotionally betrayed and resorted to giving him cold shoulder as well as staying far away from him as possible in the Big Brother house.

Talking to her, he apologized once again, begging for her to come back to him. I want my girl back, you know you’re my girl. Lolu said.