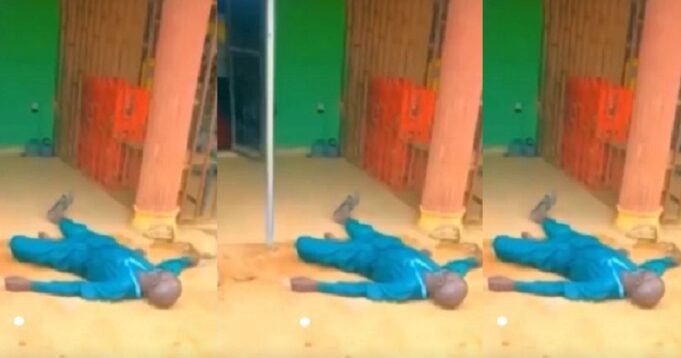 A video serving the rounds online captured the moment a man collapsed at a sports betting center after reportedly losing money.

According to reports, the young man borrowed N200,000 and staked everything on a bet in an effort to double it.

But tragically, the gamble cost him everything instead of giving him double as he had hoped.

He collapsed on the ground outside the betting center after the devastating defeat.

The viral clip has stirred reactions from netizens, see some comments as you scroll.

In other news, a lady has taken to Twitter to narrate how a mother with a newborn baby reported her husband to the National Drug Law Enforcement Agency (NDLEA) for dealing drugs.

According to @Boluxxxx on Twitter, when NDLEA officials came to search the couple’s house, they found cocaine underneath the bathtub.

She said the woman in question is her friend’s neighbor and she moved into the compound with her husband few months ago.

However, the husband’s dealings were quite suspicious because people used to come with different cars to visit him before he was reported to the NDLEA by his wife.