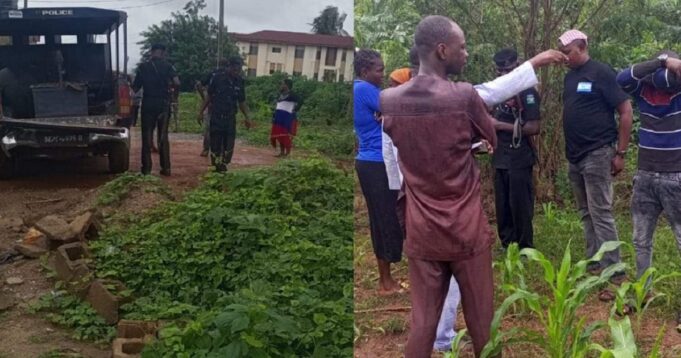 A 65-year-old woman, identified as Oluyemi Tunmise, has been murdered by suspected ritualists in Ilesa, Osun State.

The victim, who had been reported missing since Saturday, July 30, was found dead on her farm in the Fadahunsi area of Ilesa at about 1:00pm on Monday, August 1, 2022.

Confirming the incident, the spokesperson of the Osun Police Command, Yemisi Opalola, in a statement on Tuesday, said the assailants plucked out the woman’s eyes.

“Dare Oluyemi of Odundun area reported that his mother, one Oluyemi Tunmise, aged about 65 years, who family members have been searching for since Saturday, 30/07/22, was found dead on her farm at Fadahunsi area Ilesa at about 1130 hours with one of her eyes plucked out by yet to be identified assailants”.

The statement further revealed that the complainant and other children of the deceased had refused to allow the police to take the corpse of their late mother to the mortuary.

Opalola stated that the deceased’s children wanted to bury their mother and threatened violence if the police insisted on moving the body to a morgue.

In other news, a woman has taken to Twitter to reveal the insensitive comment her husband’s friend made days after she suffered a miscarriage.

@KahaniLaila shared this while reacting to the tweet of a recently married lady who told people to simply greet her and not ask about her kids as she doesn’t have any yet.

In response, Laila shared the experience she had with her husband’s friend few months after she got married. According to her, the man made an offensive joke because she was not pregnant yet unknown to him that she had suffered a miscarriage a week prior.