Home Entertainment News “I don’t mind my man marrying a second wife if he is... 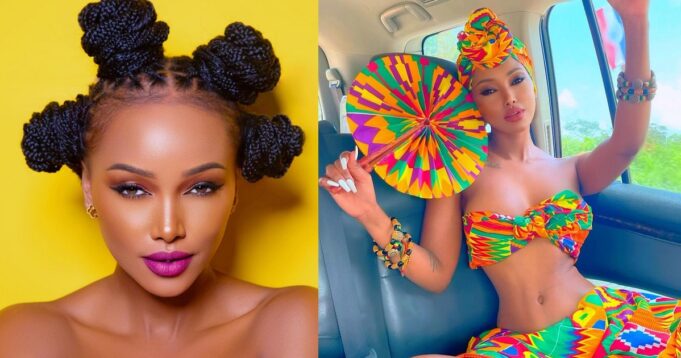 Kenyan socialite and entrepreneur, Huddah Monroe has said she doesn’t mind if her husband marries a second wife.

Taking to her Instastory on Sunday, July 31, the former Big Brother Africa housemate said she doesn’t mind being in a polygamous marriage as long as her husband is wealthy and can conveniently take care of them.

According to her, she can’t satisfy her husband’s sexual need for the rest of her life and neither can he satisfy hers so it’s only logical for her to allow him take a second wife.

“Telling my friend I don’t mind my man taking a second wife if he is wealthy & can take care of us coz I don’t imagine servicing my man for the rest of my life. At some point, I’ll be exhausted. He will too lol! Everyone gets tired with time.

At 50 you can’t be turning around asking for doggy style. Go get you a young woman. TF?

Energy depletes.. that’s why it’s called REST in PEACE.. you can’t be on the move forever. You must REST @ some point.”

A while ago, Huddah Monroe made a full disclosure that she does not wear pants because her pussy is too “fresh to be wrapped up.
According to the former reality TV star, pants are for people with smelly vagina.

I don’t wear panties. I own none!

My friends, my boyfriend, everyone wonders why. But it’s this PUSSY. It’s too fresh to stay wrapped up!

Panties are for people with smelly vaginas I think you need it to trap that odor.

Panties give me infections too. I’m too fresh to stress my yoni.