The Rivers state government has announced that the manager of the hotel which was demolished by Governor Nyesom Wike for violating the lockdown order he issued, is among the 27 new cases of people who tested positive for Coronavirus in the state.

In the announcement issued on Sunday May 24th, the state government stated that the Manager of Prodest Hotel, Bariledum Azoroh tested positive for COVID-19 alongside 26 other people. 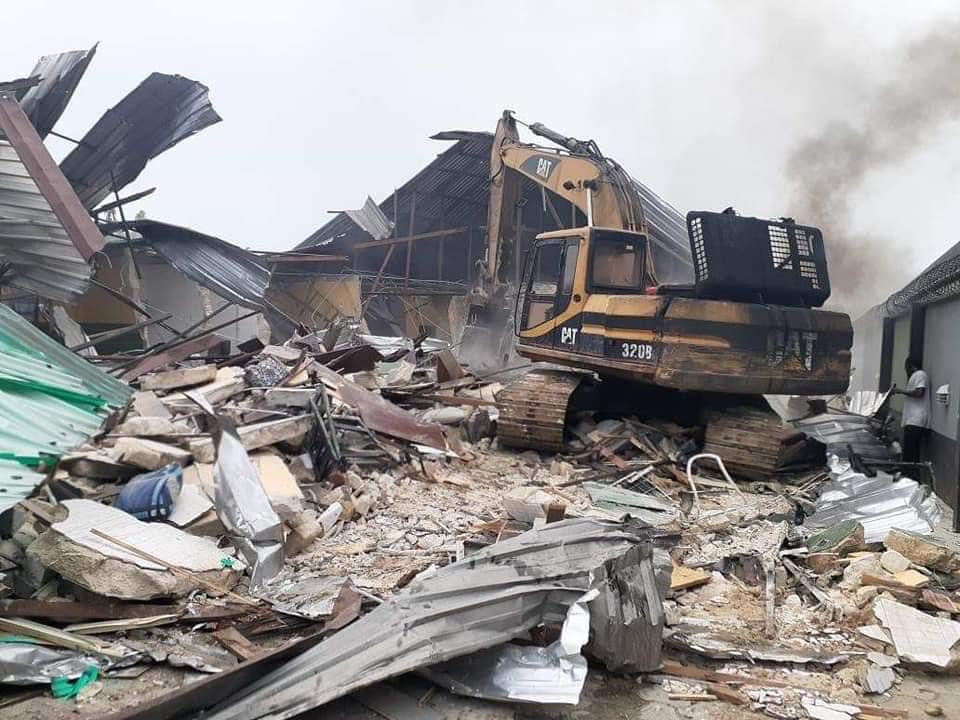 The Rivers state’s commissioner for information, Paul Nsirim recalled how some COVID-19 Taskforce members who went to enforce the Executive Order at same hotel, were allegedly “brutalized and dehumanised leading to the death of one of them.”

The Manager of Prodest Hotel, Eleme is among the new positive cases.

This latest development validates the State Government’s proactive approach towards the fight against COVID-19.

Recall that Prodest Hotel was demolished two weeks ago because the owners violated Executive Order 7 which banned the operation of hotels.

The COVID-19 Taskforce members from the Local Government who went to enforce the Executive Order were brutalized and dehumanised leading to the death of one of them. 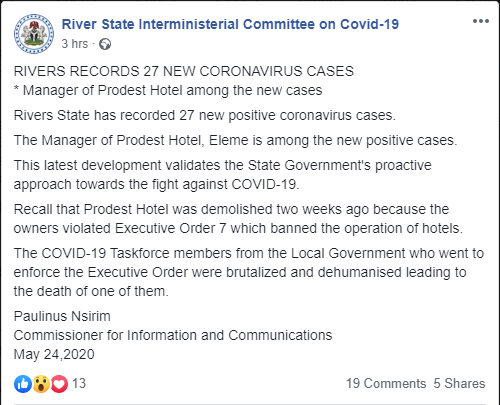