Home Entertainment News “May God give you moral strength to not disobey your parents” –... 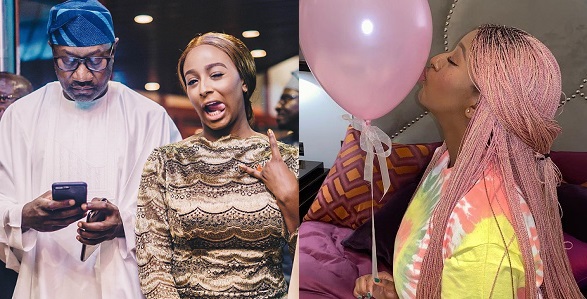 Meanwhile her billionaire father, Femi Otedola has taken to social media to celebrate her in a humorous and least expected way.

Otedola sharing a photo of himself and Cuppy, described her as a fun daughter but shockingly prays that God give’s her the strength to not disobey her parents.

“Happy birthday to my fun angel @cuppymusic 🎂 May God give you moral strength to not disobey your parents lol … F.Ote💲”

Happy birthday to my fun angel @cuppymusic 🎂 May God give you moral strength to not disobey your parents lol … F.Ote💲

Meanwhile, the singer sealed a huge deal yesterday, November 10th ahead of her 28th birthday, and in the mood of double celebration, Cuppy took to her Instagram page to share the good news with her fans and followers.

According to her, she sealed a huge deal ahead of her birthday. Although she did not name or reveal the worth of the deal, her excitement is a proof that it could be worth several millions.

Sharing a video of a friend congratulating her over the new deal, she wrote,

“Completed a HUGE deal just in time for my birthday tomorrow! GOD IS SO GOOD! 👏🏾💕🙌🏾 #CuppyDay 🎂”.