Big Brother Naija pepper dem winner, Mercy Eke has taken to Instagram to flaunt her curves in sultry photos of herself in a sexy two-piece.

The reality star was captured holding a glass of red wine in some of the photos, while posing in a bedroom.

This comes shortly after she confirmed her split with her BBNaija lover, Ike Onyeoma and marriage to a mystery man.

Before this confirmation, the reality TV stars have only taken to social media to throw shades at eachother.

Recall that Mercy have been making headlines, following speculations that she got married to a mystery man after she posted a photo of herself in the arms of another man and wrote “Mr H”.

The video vixen have now taken to social media to disclose that she has tied the knot with her heartthrob, after she broke up with Ike months ago.

The CEO of Lambo homes made another shocking revelation, as she claimed her love story with Ike had ended long before her birthday.

“Yes it’s true, it was over since 2 months ago, even before my birthday, I don’t know why they still not contented with their stripper bae, I’m happy with Mr H. Will be speaking on this soon”. 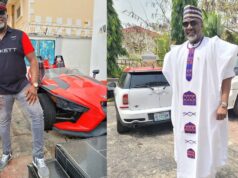 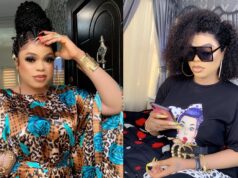 Kemi Olunloyo breaks down in tears as she recounts how Iyabo Ojo’s former PA, Gbeminiyi framed and sent her to prison

All I got from my former best friend was envy and not being loved...

“Spreading videos of minors who have been sexually abused attracts 5-year jail sentence and...

It is payback for the love shown to me – President Buhari speaks on...

All I got from my former best friend was envy and...