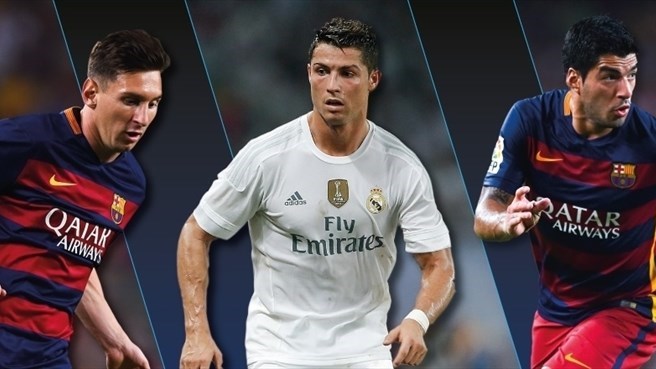 Lionel Messi, Cristiano Ronaldo and Luiz Surez have been announced as the final three candidates for the 2014/2015 Uefa best player award.

UEFA have confirmed that the three superstars topped a Europe-wide poll of journalists who chose from a 10-player shortlist.

The same 54-member panel picks a winner on August 27 at the Champions League group draw in Monaco.

Messi and Ronaldo had a season-long duel for the Champions League scoring record and resume this season tied on 77 goals.

Suarez is nominated despite starting his season in late-October after serving a FIFA ban for biting at the World Cup.

The Uruguay forward scored the wining goal against  Juventus in the Champions League final.