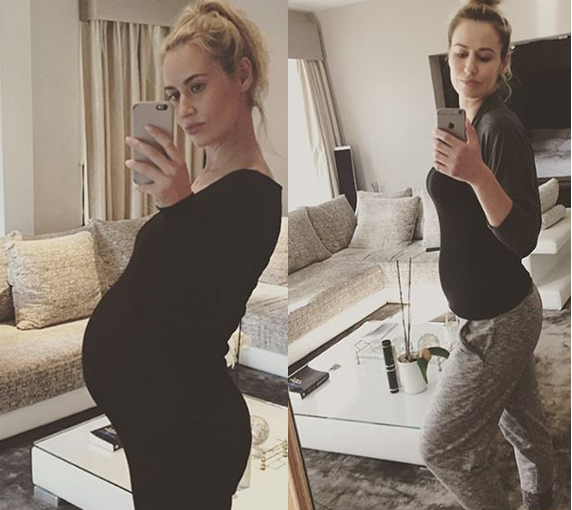 Stunning woman! both during and after pregnancy, she’s gorgeous! Chelsea Football club star, John Obi Mikel took a lot of people aback when he disclosed that he and his Russian girlfriend, Olga had welcomed twins.

It was definitely surprising but… what could be done than to wish him well.

The Russian beauty shared photos of her baby bump and post baby body with caption:

It’s pretty incredible what female body is capable of! Two weeks later and it ain’t no six pack, but I no longer look like I swallowed two balloons’