Home Entertainment News 2023: “I have 20 million fans and followers on social media. People... 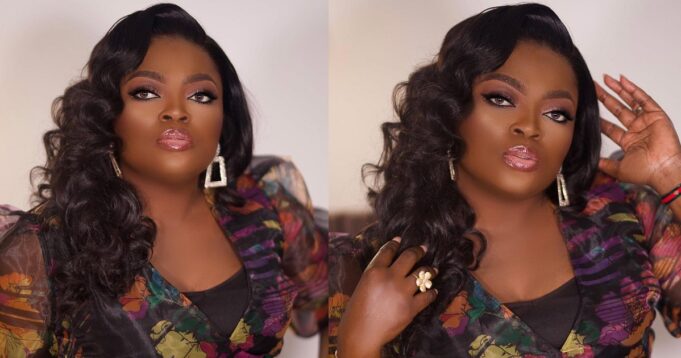 Speaking in an interview on Channels Television, the deputy governorship candidate of the Peoples Democratic Party (PDP) in Lagos, said she has over 20 million social media fans and the people at the grassroots love her.

According to her, she has the numbers, fans and followers on social media, with people at the grassroot loving her because she is true to herself.

The mother of two added that she wants to get into power to better the lives of Lagosians and proffer solutions.

“I have the numbers, I have fans and followers, I am true to myself, I have at least 20 Million fans on social media. The grassroot they are my fans. I have fans everywhere and what I am coming from is to better the lives of Lagosians”, she said in part.

Meanwhile, the Lagos State Chapter of the All Progressives Congress (APC) has berated the Peoples Democratic Party (PDP) for picking Nollywood actress, Funke Akindele also known as Jenifa, as its deputy gubernatorial candidate.

This comes after PDP’s governorship flagbearer, Dr. Abdulaziz Olajide Adediran aka Jandor, nominated the actress as his running mate.

Reacting to the selection, APC spokesperson, Mr. Seye Oladejo, mocked PDP and said they choose Funke Akindele because they don’t have credible alternatives in the party, while noting that Lagosians will not allow them turn governance into a sitcom or circus.