Home Entertainment News “My papa no be rich man, you don dey do too much”... 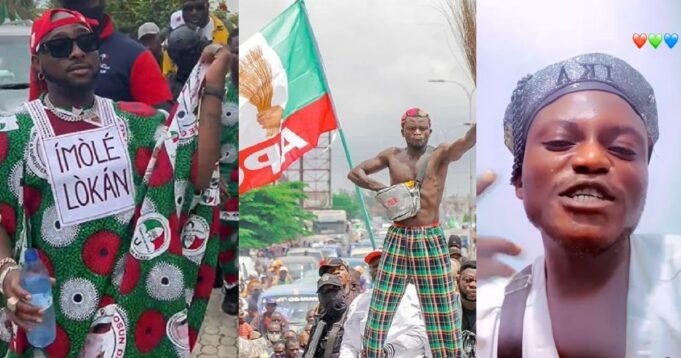 Singer, Portable, has reacted after his colleague, Davido, reportedly unfollowed him on Instagram after he declared his support for the presidential candidate of the All Progressives Congress (APC), Bola Tinubu, and Governor Gboyega Oyetola, who is seeking re-election in Saturday’s gubernatorial election in Osun state.

Well, Portable has now revealed that OBO has unfollowed him on Instagram, presumably due to their clash of interests.

In a video he shared on his Instagram page, apparently shading Davido, he said he made his father and family rich, unlike “OBO”, who was born with a silver spoon.

This comes after Portable revealed that he was once paid to insult the presidential candidate of the All Progressives Congress (APC), Bola Ahmed Tinubu.

Portable, who disclosed that he once collected money to speak ill of a politician, said the table has now turned, as APC has now paid him to support its candidates.

He told those criticizing him for supporting Tinubu that he was only doing his job.