The Nigeria Labour Congress has asked Nigerians to stock up on food as it will soon shut down the entire country. NLC said this in a communiqué issued at the end of an emergency meeting of its National Executive Council in Abuja on Tuesday.

In the communiqué signed by the President of the NLC, Ayuba Wabba, and its General Secretary, Dr Peter Ozo-Eson, the union directed all affiliate unions, state councils, civil society allies, the informal sector and other friends of workers and lovers of democracy to commence immediate mobilisation of their members.

The NLC berated the government for its ‘no work, no pay’ policy, adding that what should have been implemented was ‘no pay, no work’.

The statement added, “The NEC advised Nigerians to start stocking up food and other necessities of life as workers will ensure a total shut down of the country. 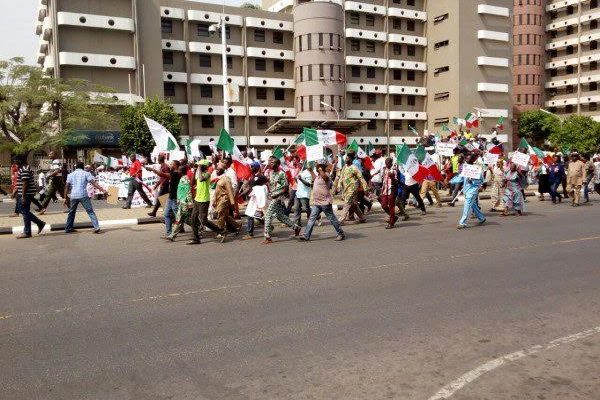 The NEC-in-session similarly condemned the government for its design/plan to clamp down on labour via selective and erroneous invocation of the ‘no work, no pay” clause in the Trade Disputes Act, noting that the right to strike is both a human and trade union right and cannot be abridged as it is what distinguishes a worker from a slave.”

The NLC maintained that the national minimum wage must be N30,000 even as it accused the Minister of Labour and Employment, Dr Chris Ngige, of insincerity. It also kicked against the fixing of tenure for workers holding union executive positions in contravention of the provisions of ILO Convention 87.

The union added, “the prohibition or exclusion of non-card carrying members of trade unions from leading or being part of negotiation delegations of trade unions reminiscent of the Abacha military era.” It also resolved to organise a national day of mobilisation and sensitisation rallies for all workers to show their outrage and mourning in the 36 states of the federation and the FCT on October 30, 2018.

“The day will also be used to educate and sensitise Nigerians to the horrendous plight of workers and pensioners, the insensitivity and duplicity of the government on labour issues, and to protest the proposed obnoxious policies of government against organised labour,” the NLC said. The union asked workers to disregard the ‘no work, no pay’ policy even as it restated its resolve to embark on a strike if the national minimum wage is not reviewed upward by November 6.

Meanwhile, the Federal Government has said it will not attempt to oppress or suppress the organised labour.