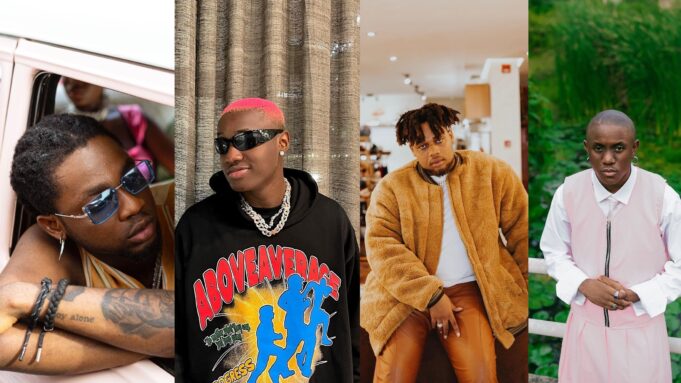 There seems to be some sort of heat among new-generation Nigerian artistes as jabs have been thrown from one artiste to the other in a rather controversial manner.

It all started when 22-year-old Michael Adebayo Olayinka, popularly known as Ruger caused a stir on social media with a tweet where he declared that he is better than all his peers and more specifically, Buju now known as BNXN.

Ruger had engaged his fans in a Question & Answer session where a Twitter user asked if his boss, D’Prince is aware that BNXN is better than him (Ruger).

Ruger didn’t let the comment slide, as in response, he shared a screenshot of a conversation he had with D’Prince where he acknowledged that “Ruger is nobody’s mate.”

However, a fan with the handle @BNXN001 took to the comment section to write;

Ruger’s response to this user, is what has now caused a stir on social media. He tweeted,

I love buju he’s good but he’s not better than me. Everything I’ve done since the beginning was only RUGER. All my hits are JUST RUGER. I’m always proud going on stage around the world with my own hits and everyone is singing along. You see the difference?

In light of the controversy, Stanley Omah Didia better known as Omah Lay seems to have come to BNXN’s side as in a new tweet, he outed Ruger and in the same tweet, threw a jab at fellow singer, Victony where he referred to both artistes as kids.

Ruger get mind dey talk about bnxn like that for this app smh!! mofos do anything for clout out here, same way Victony lol my tweet the other time, y’all are really kids 😂