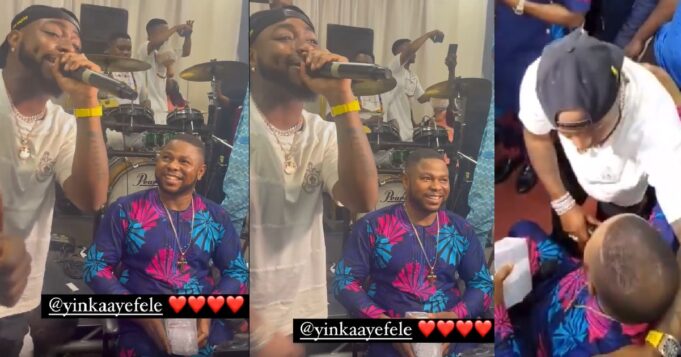 Davido is trending on social media right now, and it is for a very good reason.

On Friday, 9th of April, an event was held in Abeokuta, Ogun State, and it had veteran gospel singer, Yinka Ayefele as well as Davido in attendance.

During the event, both music icons bonded quite well, and there was also a rare moment when Davido joined Yinka’s band in performing his hit songs.

However, a moment that stood out was when Davido gifted the Gospel singer a bundle of noted of a million naira.

Davido is pure vibes and we love to see it.

Watch this Full video of Davido and Legendary Yinka Ayefele performing together. pic.twitter.com/4XbdDXEQns