Popular Nigerian singer and mother of one, Simi appears to be unbothered by cheating allegations against her husband, Adekunle Gold.

Recall that social media was thrown into a frenzy last night after a popular Instagram blog, Gistlover alleged that that AdeKunle Gold cheated on his wife, Simi with a lady simply identified as Teminikan.

According to the controversial blogger, AG has been having an affair with Teminikan while Simi was pregnant with their baby.

However, while the allegations against Simi’s husband sparked reactions on social media from fans who expressed disbelieve and shock, in the heat of the controversy, Simi took to her Insta-stories to lament about the quality of a trending Hollywood movie, Zack Snyder’s Justice League.

“Spent 3 whole days trying to figure out hbomax in Naij so I can watch a 4 hour Zack Snyder movie. And after alllladat, the quality was looking like last week’s bread Boya laptop mi lo ni fever.” She wrote. 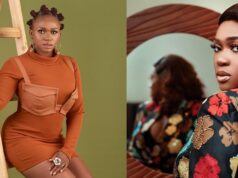 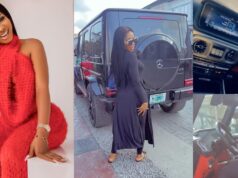