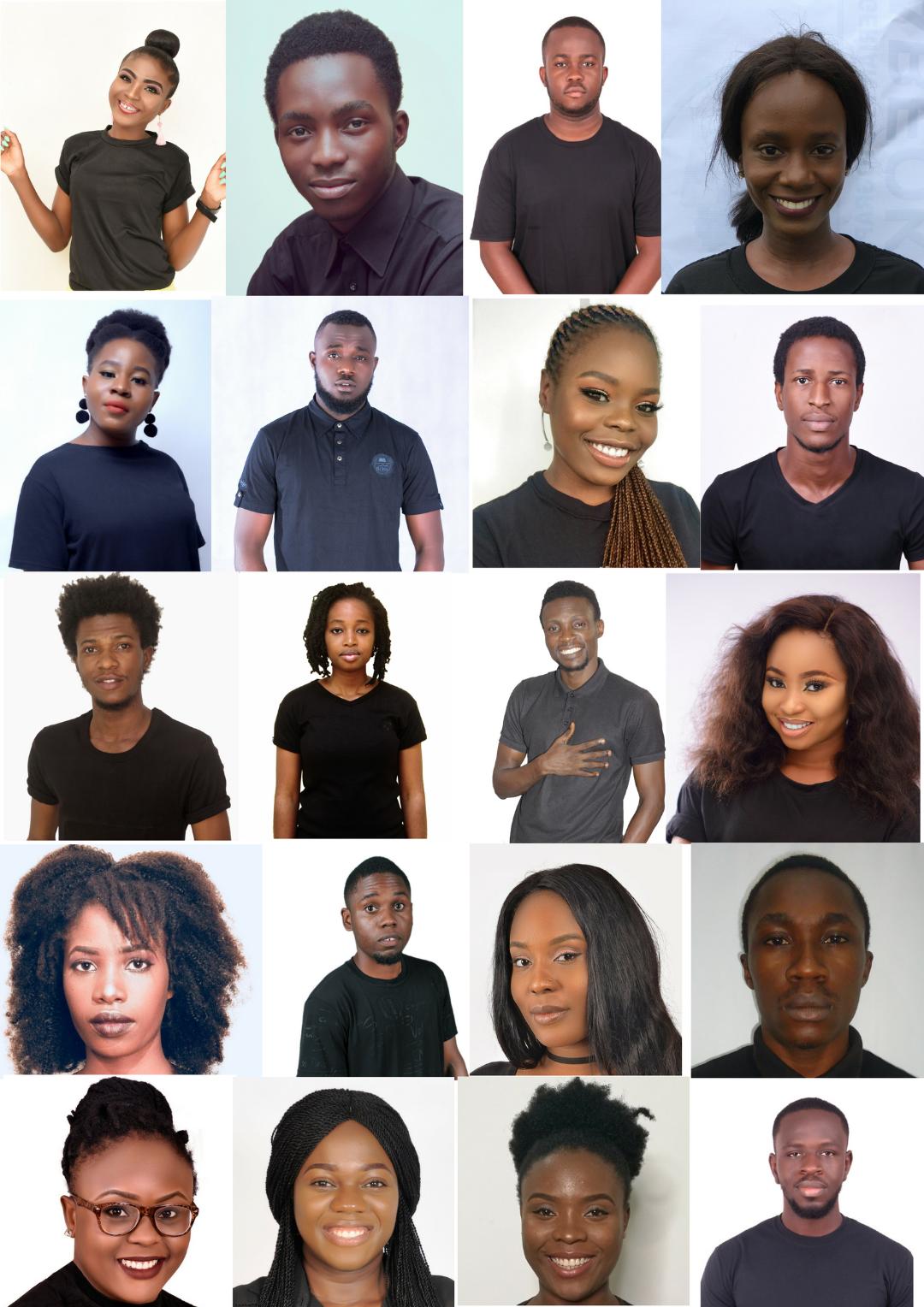 Adeniyi “Taj” Joseph, 26, is a cinematographer convinced that the African creative industry is evolving at a fast pace. He believes that the biggest challenge of the African film and television industry is paucity of technical skills and hopes to learn as much as he can about the process and business of filmmaking at the MultiChoice Talent Factory (MTF) Academy.

Allen “Blackboi” Onyige, 26, is a cinematographer passionate about music videos. Born in Port Harcourt, Nigeria, his dream is to be a film director.

Allen wishes to create a TV show depicting the lifestyles of people in different Africans countries. His favourite actor is Kevin Hart. He also admires Nigerian director, Kemi Adetiba, and Nigerian actor OC Ukeje.  He believes that the biggest challenges facing Africa’s film and TV industry paucity of funds and equipment. As a student of the MTF Academy, he hopes to gain more exposure in order to bridge this gap.

Blessing “Goldihyah” Bulus wanted to be a filmmaker since childhood. She believes that film is one of the strongest mediums of communication.  She is desirous of learning about filmmaking beyond being behind the camera.

Her favourite films include Akeelah and The Bee, Beasts of No Nation,Phone Swap and Picture Perfect.

As an MTF student, she hopes to become a filmmaker that create jobs and follow in the footsteps of industry giants such as Nigerian filmmakers Femi Odugbemi, Niyi Akinmolayan and Kemi Adetiba.

Bolaji James, 23, is passionate about refining storytelling through film. A cinematographer, photographer and editor for film and documentary, he believes that it is important to have a discerning eye for the visual aspect of film. He admires Nigerian film talents like Yinka Edwards and Tope Oshin, who handle cinematography and storytelling with a sharp eye.

He hopes his time at the MTF Academy will give him the chance to gain enough knowledge to improve his craft. He dreams of becoming a director of photography.

She is a 25-year old television director. She holds a diploma in Television Production. Born in Accra, Ghana, she predicts that over the next decade, Africa’s creative talents will be competing with their global counterparts in terms of skills, finance and technology.

Her favourite film is Django Unchained, while her favourite actor is American Denzel Washington.

EDMUND ASAMOAH (26): Videographer, photographer and graphic designer. He was born in Accra, Ghana, and holds a first degree Communication Design and Multimedia. His favourite film personality is Nigerian actor Pete Edochie. Edmund hopes to gain as much experience as possible at the MTF Academy.

He is passionate about writing and is also a musician with the stage name, Gillian Bacci.  He believes that it is a good story that makes a good film. His favourite films include Swiss Army Man, The Dark Knight, The World’s End, while his favourite books include How Emotions Are Made, Sapiens, Predictably Irrational, The Lord of The Rings trilogy, the Harry Potter series and 1984.

Born in Accra, Henry is filmmaker with a passion for photography. His favourite films are The Wedding Party and The Roots. He admires Nigerian actors Jim Iyke, Mike Ezuruonye, Kenneth Okonkwo, Richard Mofe-Damijo, and Ghana’s Majid Michel. He is also a fan of American actor Denzel Washington.  He names the biggest challenge facing the African film and television industry poor. Henry hopes to gain required experience in his field at the MTF Academy.

A writer, who wants to use his talent to tell quality stories that will preserve African heritage and ensure global acceptance of African culture.

Born in Calabar, Nigeria, Indogesit holds a BSc in Computer Science. To her, the biggest challenge facing

Africa’s creative film/television industry is lack of funding.  She hopes to use her stay at the MTF Academy to collaborate with colleagues, who share her vision. Indogesit also aim to take opportunities provided by digitalization to tell stories.

Iroagalachi Precious Ugonna, nicknamed Imperfect Anna, was born 23 years ago in Port Harcourt and holds a BSc in Sociology.  She is thrilled by Africa’s diversity and is particularly fascinated by Kenya. Her dream is to become a renowned filmmaker. She is also interested in human psychology and hopes that her time at the MTF Academy will provide her with insight into the workings of the African film industry and network that will help boost her career.

Kemi aims to develop her existing film production, script writing and directing skills at the MTF Academy, as she believes this bridge the gap between talent and profitability.

The 24-year old Nigerian sound engineer wants to create a TV show that highlights the challenges faced by film and television production crews. He is impressed by the determination of Africans in film and television to showcase the continent’s rich cultural heritage to the world.

He believes that the future of film and TV in Africa will be made brighter by the MTF Academy, where he hopes to gain more experience and network with filmmakers across Africa.

Mnena Akpera AKA Cutest Mnena, 24, is a Nigerian radio/television producer and presenter. She is impressed by the diversity of the African creative industry and believes that its future is about the get brighter with the MTF project, which is designed to imbue participants with professionalism in content delivery.

Born in Kaduna, Nigeria, the media personality nicknamed “Ogbeni Mo” loves writing and nature. Moses believes that authenticity is the key to bridging the gap between great African stories and the right means to tell them. His favourite movie is The Godfather.

He hopes that his year-long studentship at the MTF Academy will refine his talents.

She wishes to make a documentary on why Nigerians are some of the world’s happiest people.

As a MultiChoice Talent Factory Academy student, she hopes to acquire cutting-edge skills. Nanret believes that the biggest challenge facing the industry is piracy

The 25-year-old Ghanaian filmmaker holds a degree in Television Production and has a passion for sports.

For her, food is one of the best things about Africa. She admires the African film industry for its devotion to culture and heritage.

Her favourite films are Searching for Sugar Man, The Usual Suspects,Love Brewed in the African Pot (the first film she ever saw) andKukurantumi-Road to Accra. She hopes to create a reality show on crime and investigations. At the MTF Academy, she hopes to acquire broad-spectrum of knowledge and explore networking and collaboration opportunities that can lead to future productions.

Nigerian Salma Saliu, 23, wants to become a filmmaker or TV presenter. She holds a degree in Journalism, Media and Cultural Studies. Salma firmly believes that what makes a good film is great storytelling and attention to detail.

“African creatives are bolder with their ideas now; nothing is off the table and I want to be part of that,” she said.

Salma wants to create a fantasy-based TV show, as he believes that the genre has not been sufficiently explored.

At the MTF Academy, she hopes to gain a professional training in scriptwriting and directing, so that she can better translate her ideas from paper to screen.

Sonia “Loudspeaker” Nwosu is a 23-year-old Nigerian writer, whose dream is to become a movie director and scriptwriter. She is fascinated by the numerous untapped opportunities in the African creative industry as well as the diversity of African stories.

A great script, she believes, is what makes a good film. Among her goals is the creation of stories that accurately mirrors Africa. Her favourite African film stars include Nse Ikpe Etim, Joke Silva Olu Jacobs and Wale Ojo.

The 26-year old Nigerian film director studied at the University of Nigeria, Nsukka, and the Royal Arts Academy. He believes that the time has come for the continent’s creativity to be adequately showcased.

The 23-year old Nigerian aspires to be an award-winning scriptwriter, novelist and producer. She is convinced that the future of film and television in Africa is bright.

Her favourite films include Ovy’s Voice, New Money, and Beasts of No Nation, while her film personalities are Joke Silva, Lotachukwu Ugwu, Adesuwa Etomi and Mary Njoku. 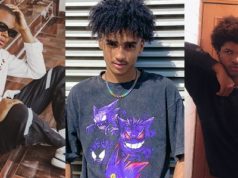 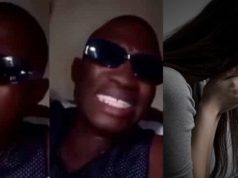 “I only made the video because of our likeness for each other, I never knew it will go viral’ – Man apologizes for sucking... 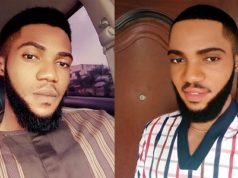 Actor, Williams Uchemba thanks God for saving his life after falling ill for 2...