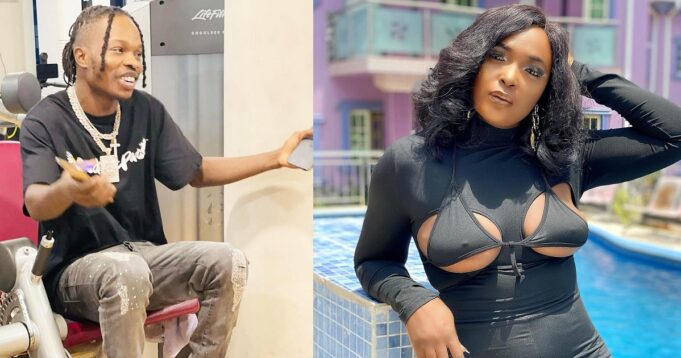 Naira Marley stirred up mixed reactions on the internet after he opened up about his desire to have sex with a mother and her daughter at the same time.

His post was welcomed with heavy criticism, with many rebuking him for his “bizarre sexual fantasy”. Well, amid the heavy backlash relationship expert, Blessing Okoro has defended the singer, insisting that there’s nothing wrong about opening up about ones sexual fantasy.

According to Blessing, some woman will love the idea and Naira was clear that the sex with a mother and daughter must be consensual.

“Absolutely nothing wrong with this . Together simply means that both mother and daughter will agree and be willing to share on pen*s….

The fantasy or statement can’t come to pass without agreement. I hate some Nigerians because they pretend not to want to talk, them they form minding my business and classy but when person talk all of them go get voice … mtweeeee.

Any how wey u one paint am, twist am, wine am, every body na fornication and na hell fire . Mother , daughter and naira, hell, so rest abeg . Women and emotional black mail every time , any small thing they look for pity.

Free people abeg. Train ur daughter to say NO, women learn to say no to naira if him ask u for 3some with ur pikin but many of u won’t Na only noise una get”.