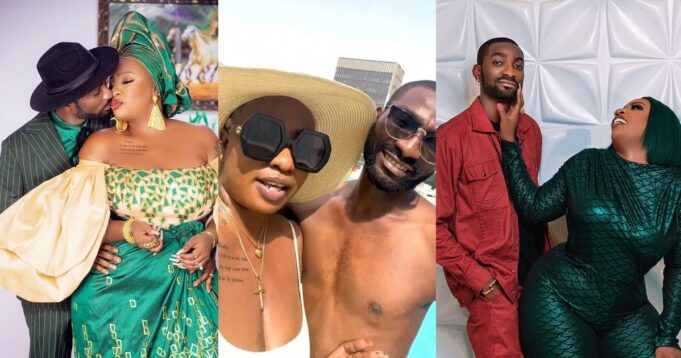 Popular actress, Anita Joseph and her husband, Fisayo Olagunju better known as MC Fish, have given a response to those saying they are ‘doing too much’.

The couple who tied the knot in February 2020, have repeatedly come under public scrutiny for always sharing loved-up pictures and videos on social media.

Some people have opined that their marriage is not as blissful as they paint it on social media and they won’t last.

The celebrity couple who are currently on vacation in Dubai, have now addressed the naysayers who keep making unflattering remark about them.

In a video shared on their social media page, Anita Joseph and her husband told their haters that they haven’t even started and that people haven’t seen anything yet.

A while ago, Anita Joseph and her husband, MC Fish, for the umpteenth time addressed those saying their marriage won’t last.

Anita Joseph and her husband marked their second wedding anniversary in February. However, social media trolls have severally made unflattering remarks about their union.

The couple, who have repeatedly come under fire for sharing their intimate moments online, in a recent post, sent a message to naysayers.

Sharing a video of them happily dancing, seemingly mocking those who believe their union will not work, they captioned it, “Our response to people that say our marriage won’t last. Shallom. “