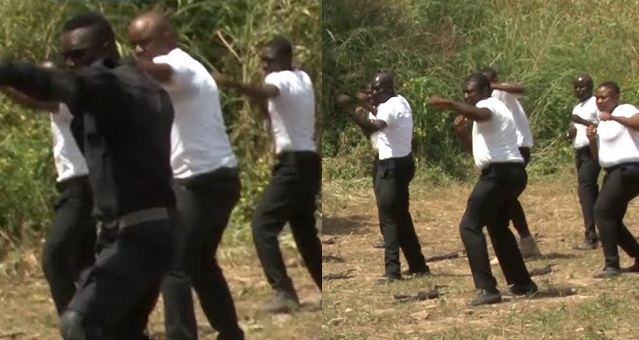 The Special Weapons And Tactics Sqaud, a police unit created to replace the disbanded and infamous unit, SARS, have officially commenced training.

Recall the SWAT unit was created following protest from young Nigerians to #EndSars due to police brutality and other forms of gross human rights abuses.

A video shared by Channels TV, shows the moment the Minister of Police Affairs, inspected the SWAT officers were rigorously engaged in their training session.