Paris Saint German star, Neymar, might have just put himself in trouble again after he was caught on camera throwing a punch at a fan after his team lost the Coupe de France final to Rennes in a penalty shootout on Saturday night.

The Brazilian star was walking up the steps at the Stade de France to collect his losers’ medal, minutes after his side had lost 6-5 in a penalty shootout, when he stopped and confronted one man who was pointing a phone camera at him. 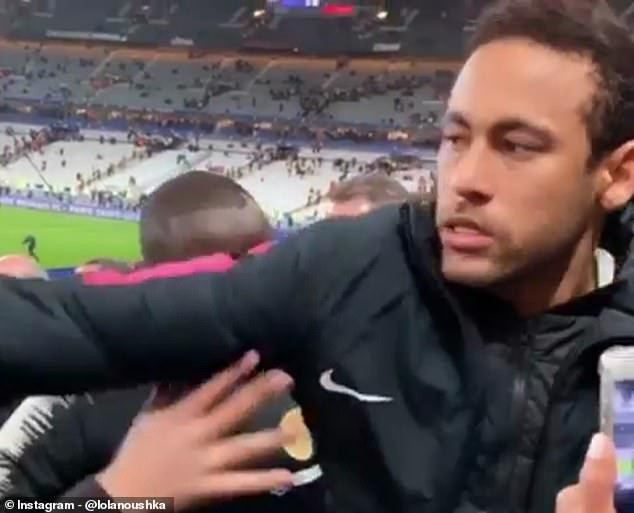 The former Barcelona forward used his right hand to push the man’s phone away before he appeared to throw a punch at the fan’s chin.

This comes just days after he was handed a three-match Champions League ban by UEFA for telling VAR officials to ‘Go f*** yourselves’ on social media.