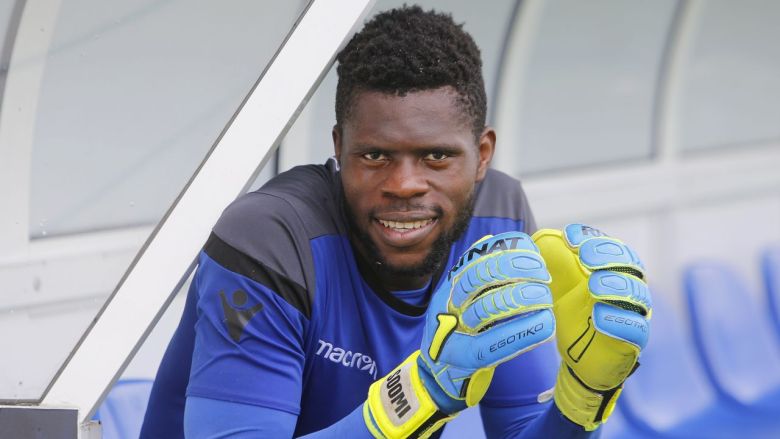 The on-loan Deportivo La Coruna shot-stopper was in action for Elche as they suffered a 5-1 Cadiz in Sunday’s Segunda fixture.

After the encounter, his club confirmed he suffered ‘a heavy concussion’ during the game and was sent to the clinic where he later was discharged for further examinations.

“Francis Uzoho has suffered a heavy concussion at the party today and has been transferred to the San Rafael clinic,” Elche informed via Twitter.

“After the tests performed no bone injury has been appreciated and has been discharged. Additional tests will be held tomorrow in Elche.”

However, on Monday, the Spanish side revealed the 20-year-old will be spending the next four weeks on the sidelines after suffering a rib fracture.

This rules him out of the crucial Afcon qualifier against Bafana Bafana on November 17 and Uganda friendly three days later.

“Francis Uzoho has undergone today’s radiological tests at the Tesla Clinic that determine that the player has a fracture of the seventh costal arch after the blow suffered yesterday at the Ramón de Carranza Stadium,” read a club statement.

“The estimated time of withdrawal is four weeks.”

Uzoho also confirmed the information on his Instagram, expressing his disappointment at missing out on international duty ever since making his debut against Argentina in November 2017.

“Injury is part of the game, definitely not the best timing but there are things beyond us,” Uzoho wrote on Instagram.

“So sad I won’t be there for my teammates for the next four weeks they’re more than capable to get the job done.

“Coming back a beast. In Christ alone!”

Uzoho, alongside Ikechukwu Ezenwa and Daniel Akpeyi, was included in Gernot Rohr’s 23-man squad for the upcoming games.

However, it is yet to be seen what decision the German handler would make in terms of who replaces the shot-stopper and/or who gets the nod between the sticks in the clashes.