A Nigerian lady on Twitter has narrated the aftermath of her older male friend’s decision to dump his girlfriend of 3 years to marry a virgin and ‘virtuous woman’ he dated for only 6 months.

According to the user, _oroboghene, the man dumped his girlfriend of 3 years because a Pastor he met for prayers told him that the lady he initially wanted to marry was bad for him and making him live in sin as they cohabited.

However, few months into his marriage with the virgin and virtuous woman he married thereafter, he is now opting for divorce after being thrown out of his house by his wife who reportedly can’t cook, too lazy to do house chores and engages in ceaseless verbal abuse and nagging. 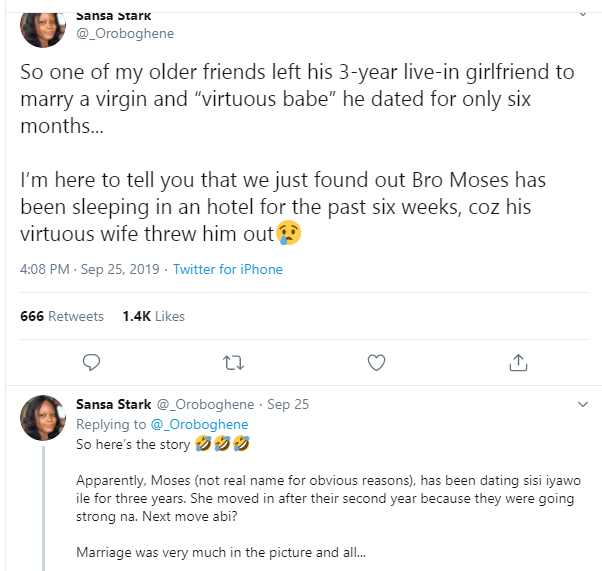 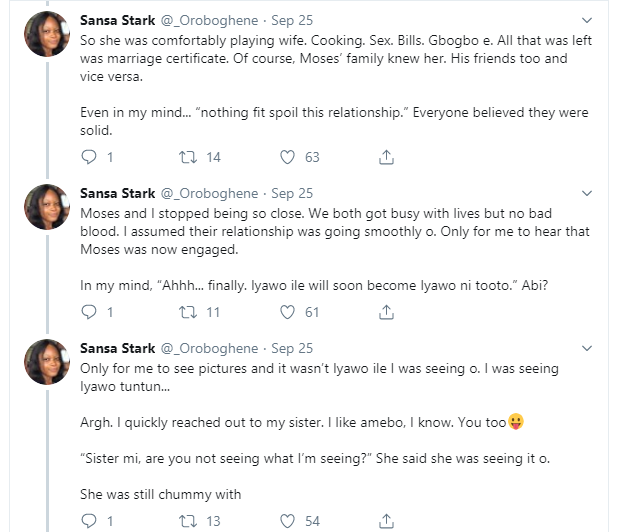 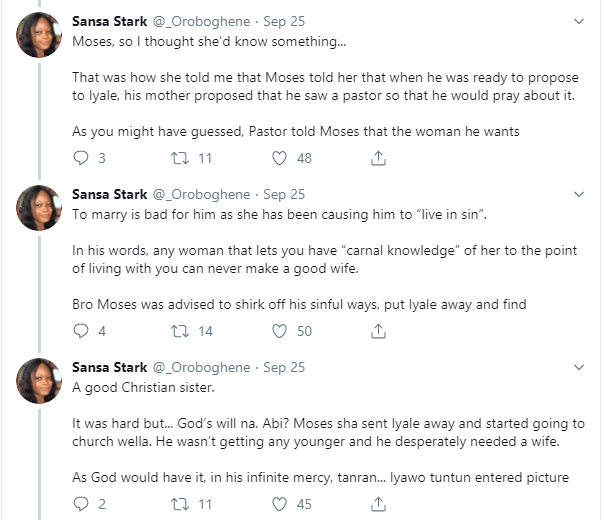 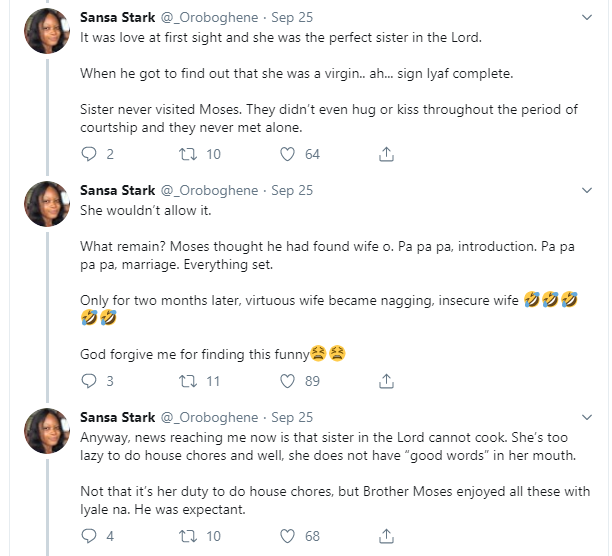 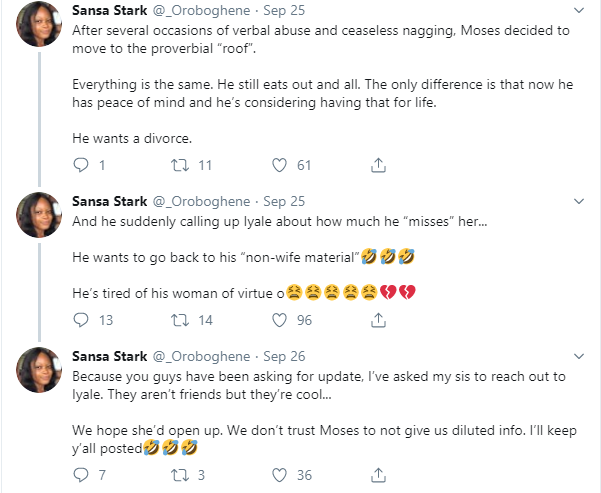