Home News Nigerian Man In Hong-Kong Stashed $150,000 Worth Of Ivory Inside Tailor-Made Vest. 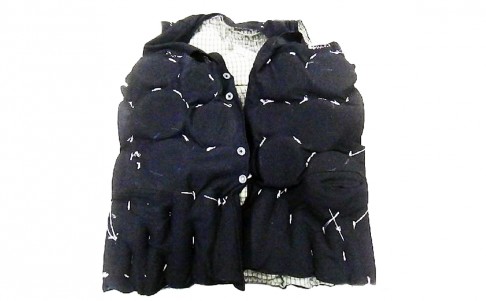 A 42 year old traveller from Nigeria was apprehended at the Hong Kong International Airport with 15kg of suspected ivory products which were allegedly stashed inside the pockets of a tailor-made vest.

He arrived in the city from Abuja, Nigeria, via Dubai, in the United Arab Emirates, on Monday morning.

“During customs clearance, customs officers found about 15kg of suspected ivory pieces and products concealed in a tailor-made vest inside his hand baggage,” the Customs and Excise Department said.

“The haul was estimated to be worth HK$150,000 in Hong Kong and the man may face prosecution for importing an endangered species”, the department said.

It was the third seizure by customs officers at the airport in a month. On August 7, an 18-year-old man arriving from Harare, Zimbabwe, was arrested with 15kg of ivory products. 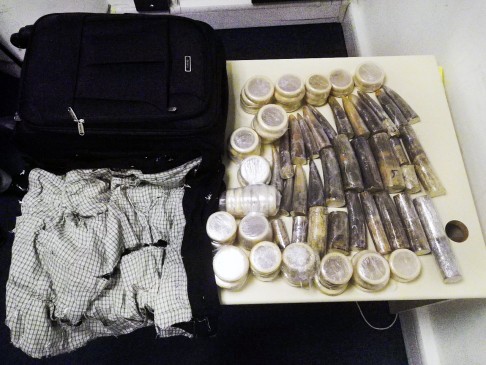 On July 27, officers caught a 27-year-old man who had arrived from Lagos, Nigeria, and seized HK$150,000 worth of ivory tusks and ivory products. He was convicted of importing an endangered species and fined HK$62,000.