Home Viral Nigerian man who is to interview a lady for a job, promises...

A Nigerian gentleman has promised to joggle the memory of a lady he’s set to interview for a job of the time she insulted him badly because of the Big Brother Naija reality TV show at the time.

At the time, he’d justified the disqualification of then housemate, Erica and the lady, who apparently is an Erica stan, came for him and dragged his parents alongside.

According to the guy, the lady said his “dad raped his mum before he was conceived and said he’s just a poor addict”. Well, in a now surprising twist of life’s event, the lady’s chances of getting a job depends on the guy and he’s said he’ll make sure he reminds her of the saga they had months ago.

He wrote in tweets,

Wow a Babe insulted my life here because of BBN and now I’ll be interviewing her for an internship position tomorrow. It isn’t just Twitter guys. I’ll tell her after the interview that This is the black lips poor boy on Twitter. It isn’t just Twitter folks. It was on the Night Erica was disqualified. Just saying she was rightly disqualified. She came from 50 TL away to tell me that my father raped my mum before I was conceived and I’ma poor drug addict with black lips
You don’t know me anywhere and you claim my dad raped my mum before I was conceived. To think I really cherish my parent that was the first time a Stanger will say something that really get under my skin. 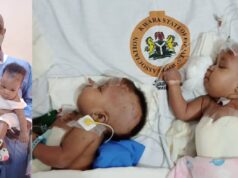