Late rapper, Nipsey Hussle’s mother revealed the last conversation she had with her son via text message before he was murdered in Los Angeles.

Angelique Smith shared this to a crowd of about 21,000 people at the memorial service held for her son at the Staples Centre in Los Angeles.

Keeping her composure as she dressed in an all-white gown and matching ruffled hat, Nipsey Hussle’s mother told the crowd:

“My heart feels as if there’s possibly heaviness in your heart and soul”.

She recalled texting Nipsey Hussle on March 30 — the day before has gunned down.

“Ever since he was a boy, pain did not faze him. He took it like a champ.”

The rapper followed up with another message to his mom.

“I’m grateful I have a studio again. I’m just happy and ready to work,” he told her.

“I’m very proud of my son. My son, Ermias Joseph Asghedom, was a great man.”

His young nephew Khalil Kimble had the audience at the packed Staples Center holding back tears as he recalled a dream on April 2.

“I was in paradise and I was playing in the ocean water when Ermias popped up right behind me. He said, ‘What’s up, kiddo?’ because that’s my nickname to him,” Khalil told the crowd as a pin with his uncle’s face gleamed on his suit jacket.

“I told my mom about the dream and … I realized that Ermias told me what heaven was like. He told me it was paradise.” 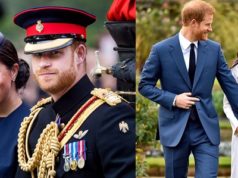 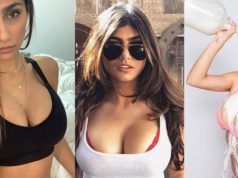