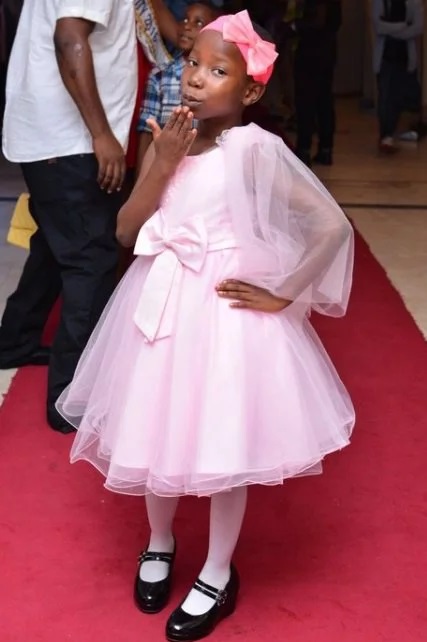 Youngest rave of the moment in the comedy skits scene, eight year old, Emmanuella Samuel, came into stardom with her ‘this is not my real face’ comedy skit which went viral – and since then, people have not stopped wanting to see more of her.

Speaking with Ademola Olonilua, she tells how she was able to achieve such stardom via social media.

How did you discover that you are good at making people laugh?

I knew I could do comedy when I realised that I could make people laugh especially my classmates.

When did you start posting your comedy skits on social media?

My uncle started uploading our skits on social media in 2014; that should be about two years ago. I am one of the kids under the Mark Angel Comedy Corporation but I am the star kid right now. There are other kids in the company but I was told that I have more public appeal and the other kids are not that mature. We began posting comedy skits online because it was cheaper and we needed a voice.
Emmanuella Samuel

My most popular post is the ‘Not my real face’ joke.

What inspired that particular skit?

It was just one of the materials we wrote and didn’t even see anything special about it. The skit was posted last year.

When you were working on the joke, did you know it would go viral?

No we did not. We just uploaded it like any other material.

What inspires your posts?

It is the Holy Spirit that inspires my social media posts. We also draw inspiration through my upbringing and the environment that I live in.

Do you know the number of fans you have on your social media platforms?

I don’t know the number of followers I have on social media generally but we have our own YouTube channel and we have about 430,000 subscribers.

The views increase with time. So if we post a major comedy skit, in a month, we should have between 1.5 and two million views.

How many views did ‘Not my real face’ generate?

I have not checked it in recent times but we did not really promote that particular skit, it went viral on its own. We promoted it on Facebook but later on, we put it on our YouTube channel. The skit has been shared on so many other social media platforms. I saw it had 78 million views on a particular page.

It was also on Obama’s first daughter, Malia’s page and it had about 11 million views.

How did you feel when you saw your skit on her wall?

I was very happy and it made me know that it is not only Africans that love what I do. It made me realise that people from other continents are interested in my material. Also, someone from American rapper, Lil Wayne’s family, also posted the skit on their platform. The post generated about 60 million views.

When you joined the social media, did you know it would make you famous?

I did not think about that while joining the social media. What I thought of was to get a new media where I could have a voice. I saw social media as a new media where you could have a voice without necessarily spending all your life savings. We tried normal television for a long time but it was not working. We had to spend a lot of money and my uncle’s job could not afford that always so we had to look for other ways to be heard.

Is it right to say that social media has made you a millionaire?

I do not know if that is right but it is right to say that it has made me popular.

How about your school?

After the holiday, I would be in Basic 2.

How have you been coping with fame and school?

They don’t clash. I am still a kid and I am happy that my uncle is not treating me like an adult but a child that I am. I think things can only go wrong when they start treating me like an adult because I cannot become one overnight. Nothing has really changed about me since I became popular. The only difference is that I am not usually at home most weekends because there are several events I have to attend. When I am home, I live my normal life and I am not treated like a celebrity except occasionally when some people in my area see me and tell me they love my videos. I don’t have any issue with being popular.

It does not affect my school that much. During this holiday, I have started shooting for next season so when I resume school, I will just begin to release the videos. By doing this, it does not clash with my school work. It is only when I have an emergency shoot that I can be permitted to shoot when school resumes and it is usually on Fridays.

Do you plan to make this a career or you would delve into something else when you grow up?

I want to be an actress and a fashion designer when I grow up. I’m still a kid and I can change my mind on my future career. For instance, just last week, I told my uncle that I would want to become an actress and a hip hop artiste. It is still too early to settle down and decide a career path; I am just eight years old.

How do you cope with attending overnight events?

Most times when we go out, my uncle ensures that the organisers call me on stage early so that I can go home to sleep. There was a time we went for an event and I slept off; there was no show at the end of the day because I did not wake up. When I sleep, it is difficult to wake me up. I sleep a lot during the day especially when I have an event but I am still a child and I have to rest at night. I also drink a lot of water. I miss a lot of events and night activities because of sleep. If I tell my uncle that I would rather sleep than attend an event, we would not go.

Some people would argue that it is morally wrong for a child to be exposed to nightlife. Do you agree?

I make sure I attend events that are child, friendly and I do not go anywhere without an adult especially my uncle. I will not go for an event that kids are not supposed to attend or places that they do bad things.

What were some of the challenges you faced growing your brand?

It was difficult for people to accept us and our comedy. When we started, people said things like, ‘kids are not supposed to do comedy’. They often asked why I was doing comedy especially people that do not understand what I do. Also, money was a big problem. The good thing is that with every problem we faced, God provided a solution.

What was your parents’ reaction when you started?

At first, they were not so cool with the idea just like any other parent would be. But my uncle had several meetings with them and explained everything to them. He also told them that it would not affect my school. They were very worried about my education but my uncle told them that I would still be like every child and live like a normal child.

Right now, some people tell me that I don’t behave like a star. They say that I behave like a normal kid and I dress like one. They don’t know my background; we are normal people and not stars.

We did not start this project for me to become a star instead we needed a voice; we wanted people to know us. If my talent brought me to where I am today, I thank God but that was not the plan. 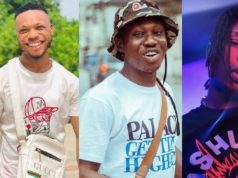 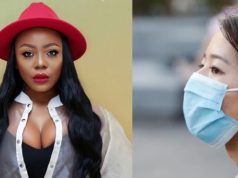