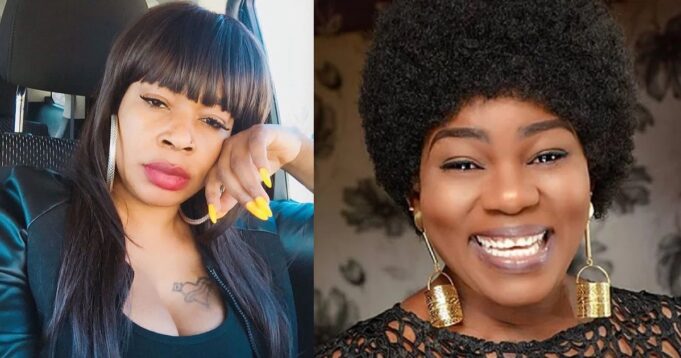 It would be recalled that the sensational actress passed away on Sunday, July 17, after she slumped and was rushed to a hospital in Delta state where she was confirmed dead.

Hours after the sad news went viral, Afrocandy who was formerly a Nollywood actress before delving into pornography, shared a post where she said “Nollywood people took this woman’s only child and now’s she’s gone too”.

She also prayed that the ‘woman’ hunts down those who plotted against and killed her.

Taking to the comment section, Afrocandy mentioned the case of actor, Mr Ibu, who was almost poisoned to death and was hospitalized for days, adding that there are too many friendly enemies in the world.

See her follow-up posts below,

Her post comes hours after the popular “The Johnson Star” – Ada Ameh – was reported dead and it’s common knowledge that she lost her only child to the cold hands of death in 2020.

She also battled with depression and mental health issues due to the loss of her child and other family members before her passing.