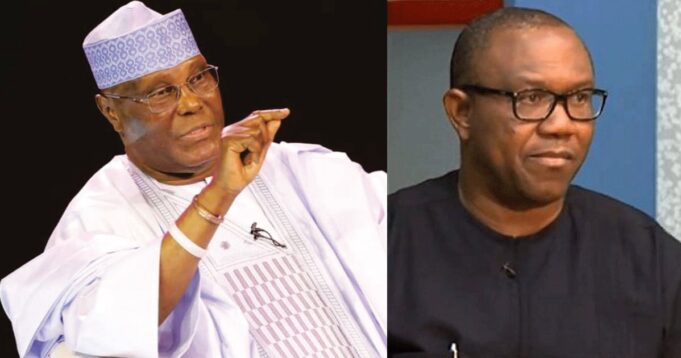 The former Vice President stated this during an interview on Arise TV this morning, July 23.

He said the possibility of Peter Obi winning the election is very slim because majority of his campaign has been done on social media and 90% of people in the North are not on social media.

He added that Labour Party does not have the right structure to win an election and it’s evident in the recently conducted gubernatorial election in Osun state.

He further emphasized that Peter Obi can not beat him in the forthcoming election as some analysts are speculating.

“I really don’t expect the Labour Party to take as many votes from the PDP as people are suggesting. We could have seen it in the last election in Osun state. What is the performance of the Labour Party?

This is a party that doesn’t have a governor, doesn’t have members of the national assembly, doesn’t have state assembly members, and politics in this country depends on the structures you have at the various levels — at the local government level, at the state level, and at the national level.”

“So, it is very difficult to expect a miracle to happen, simply because Peter Obi is in the Labour Party. After all, they were saying through social media, they had more than one million votes in Osun state.

But how many votes turned for the Labour Party? And then again, mark you, you’re talking about social media. In the north, 90 percent of our people are not tuned to social media.”

Watch the interview below,