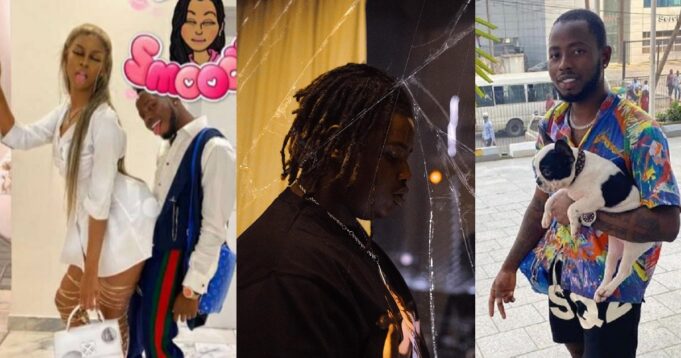 Aliyah, the girlfriend of late record label owner, Kashy Godson, has stated that his signee, Barry Jhay has nothing to do with the death of her boyfriend.

It was gathered that Barry was arrested in connection to the death of his record label boss after a source alleged that the duo got into an heated argument before his death.

However, Kashy’s girlfriend in a post shared on Snapchat stated that Barry Jhay had nothing to do with his death and asked people to stop sending death threat to the singer.

Aliyah also debunked viral reports that her boyfriend was depressed before his death.

“I just want everyone to know that he was not depressed, neither was he mentally ill or on some hard drugs. Do not believe everything you see on the internet..

“I know exactly what happened and God will deal with the wicked demonic person involved in this!

“By the way it was not Barry Jhay! stop sending him or his family death threats”. She wrote.