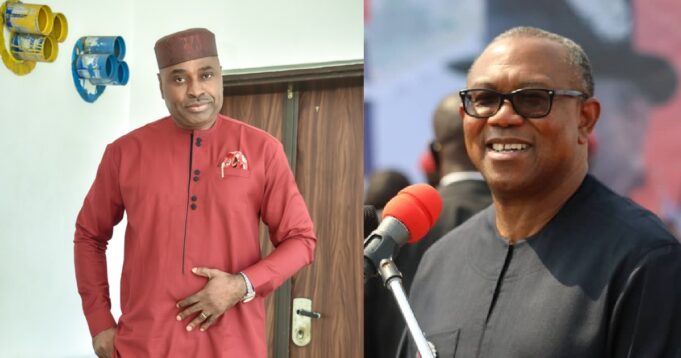 Okonkwo made this known in a recent interview on Arise TV, where he said Peter Obi is the only candidate that exudes the drive and youthful energy to transform the country.

This comes days after the actor dumped the ruling party, All Progressives Congress, for choosing a Muslim-Muslim ticket in persons of Bola Ahmed Tinubu and Kashim Shettima Mustapha.

Speaking in the interview, the thespian said anyone who says Northern Muslims won’t vote for a Christian candidate is lying.

According to him, when he had a conversation with a Muslim friend from Kano state before the interview, his friend told him to be ‘Obi-Centric’ to the core.

Speaking on claims by PDP and APC that the Peter Obi movement is merely a social media trend and doesn’t hold water, Okonkwo said they are just scared because Peter Obi is being marketed well to Nigerians.

He further stated that APC were the pioneers of sensationalizing a candidate on social media during the 2015 general elections before President Muhammadu was voted into power.

Watch an excerpt from the interview below,