Home Entertainment News “It’s so painful” – Blessing Okoro cries out in pain as she... 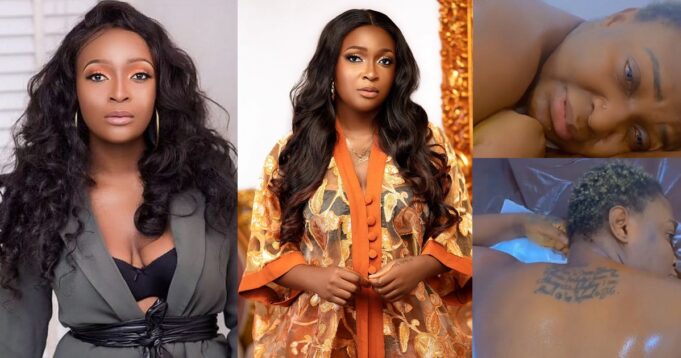 Self-acclaimed relationship expert, Blessing Okoro has gone online to give fans an update on the progress of her liposuction surgery.

It would be recalled that last week, the controversial media personality announced that she has underwent the procedure and bided her former body goodbye.

However, some netizens argued that she was lying about undergoing the surgical procedure and chasing clout as usual but Blessing maintained that she indeed went under the knife.

“You all didn’t believe I did liposuction because it is normal for them to hide.
You all can’t even stand reality yet you claim you like real people,, no wonder they feed you with lies and fake.
Blessingceo is changing that silly narrative. Liposuction is safe… I will take you on my journey be patient many of you are too ignorant”, she wrote.

Well, Blessing who is now undergoing post-op care following the procedure, has revealed that she’s in so much pain.

She shared a video where she’s seen crying her eyes out due to the pain and showed off the incisions at her back from the surgery.

She also noted that her price has “gone up”.

The mother of two wrote,

“Healing so fast ….
Respect to all the queens who have done liposuction 💪💪💪💪. I now understand why you people dey use the body oppress us😃😃.
It’s a journey indeed….
Price just went up”.