Home Social Media Funk Penocrat Ayomide fires back at Guy who accused her of sending him...

Penocrat Ayomide Ugonna has fired back at the Nigerian Guy, Muolokwu Kingsley who called her out for sending him her nude pics. She has shared the real conversation she had with Kingsley. Apparently Kingsley photoshopped the conversation he shared initially. 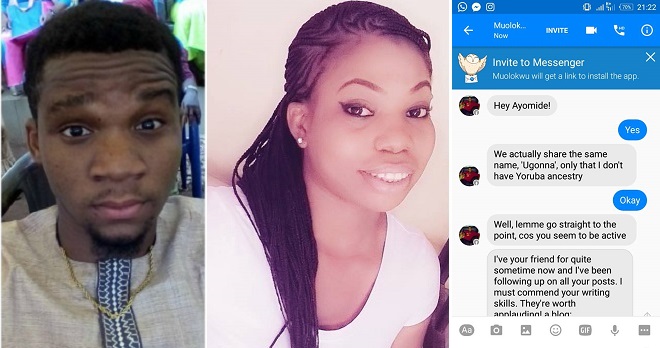 So, we recently brought you reports about a Nigerian Guy, Muolokwu Kingsley, who called out a “quite popular” Facebook lady.. He obviously wanted a few minutes of fame, and he got it.

Kingsley claims Penocrat sent him her nude picture and demanded that he sends his d**k pic.. He shared screenshots, with the below caption:

A few days ago, I had a chat with the “almighty” (at least that’s what she seems to claim), Penocrat Ayomide Ugonna concerning writing a post about my blog ***, here on facebook, considering the fact that she has loads of followers and people she may call fans here on Facebook.

At first, the conversation was going smoothly until it turned into a SEX CHAT, or lemme say Chidinma cucumber kinda deal with the organizers of miss Anambra.

I was totally disappointed and couldn’t believe my eyes what she could reduce herself to. This is the person who claims to be the queen of England at her game apparently just here on Facebook.

Below is the screenshot of my conversation turned SEX CHAT with her.

We men have a lot of things to think about sometimes, like being a man, which is basically being successful!
Let it sink! In your face Penocrat Ayomide Ugonna

Apparently, the screenshots were fake, and photoshopped. Below is the “genuine” conversation Penocrat had with Kingsley:

I can’t believe this muluokwu Kingsley of a guy is out there to rubbish my name. He claims I’ve been sex chatting with him. He also claims to have my nudes.
.
Because I refuse to grow his infamous blog for him .
.
This is really funny.
For those who I’ve actually had inbox conversations with, I NEVER abbreviate.
.
I rarely chat or reply chats. Hehehe.
.
I have no words… Honestly, I don’t.
.
Below, are screenshots of the only conversation I’ve had with this so called Kingsley.
.
By the way, congrats to him tho.
Fame na fame. It doesn’t matter how you get it in the end abi? 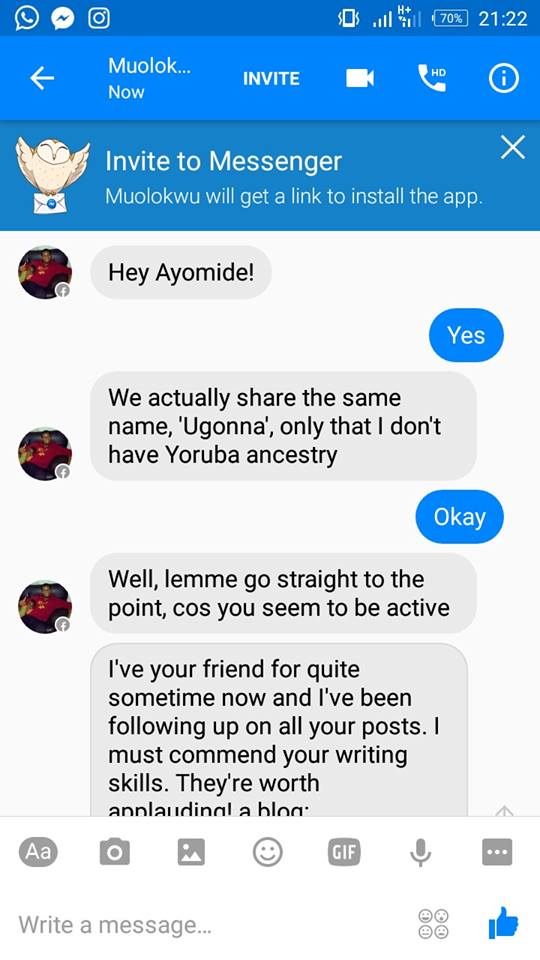 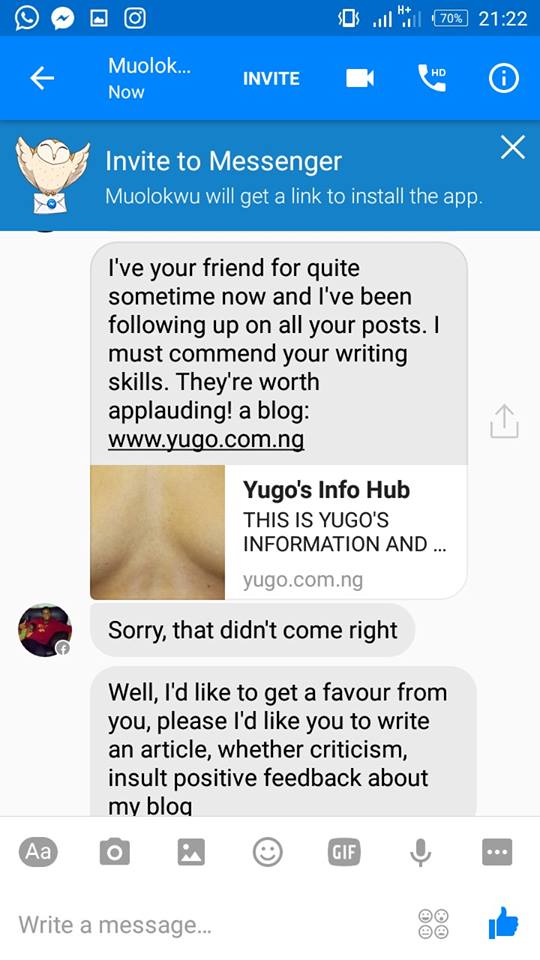 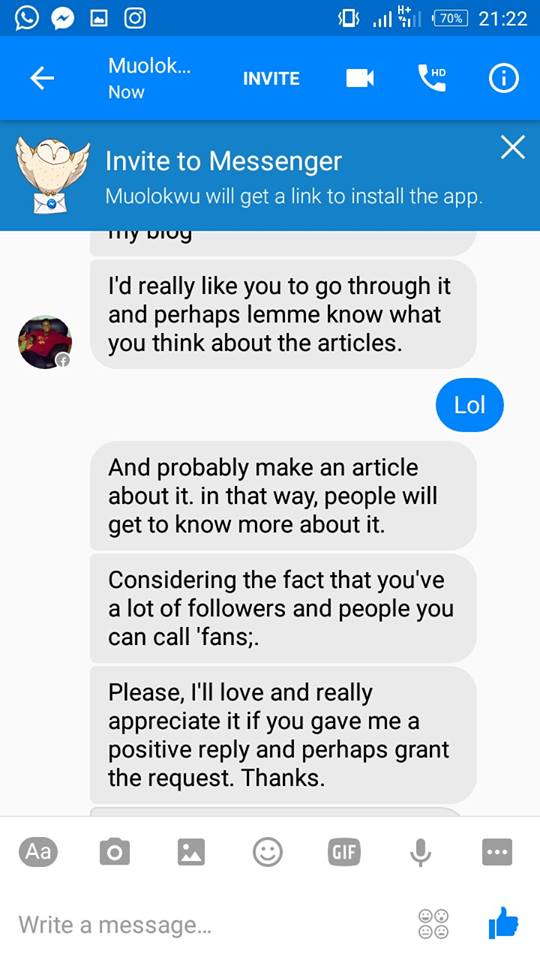 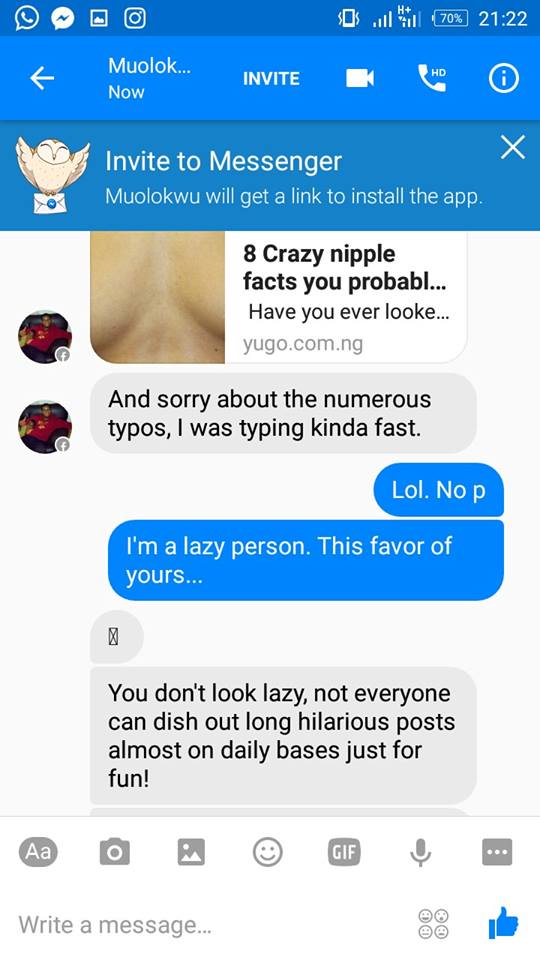 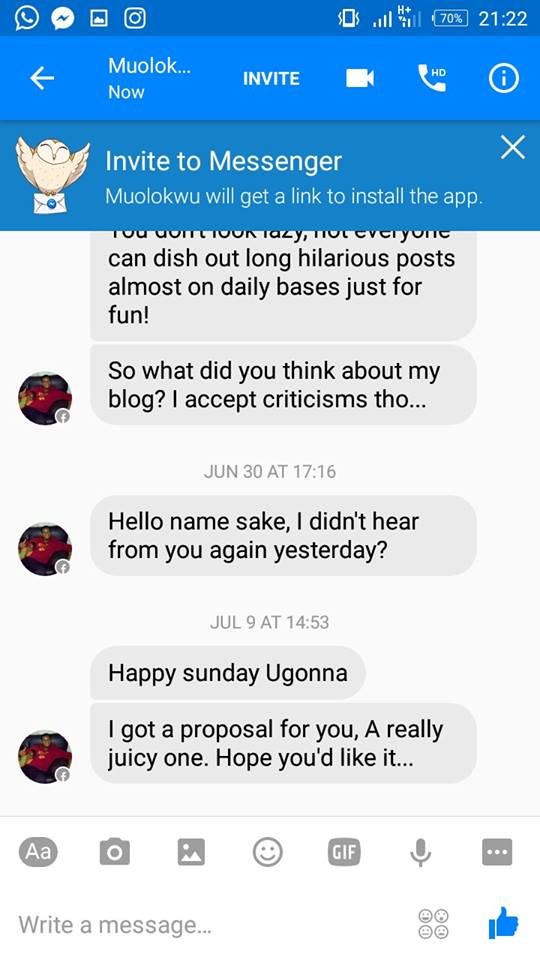 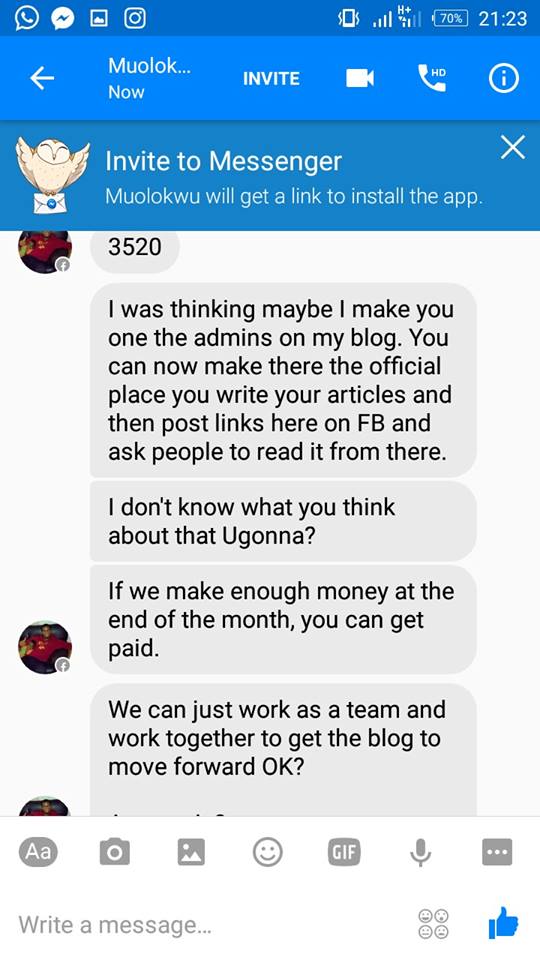 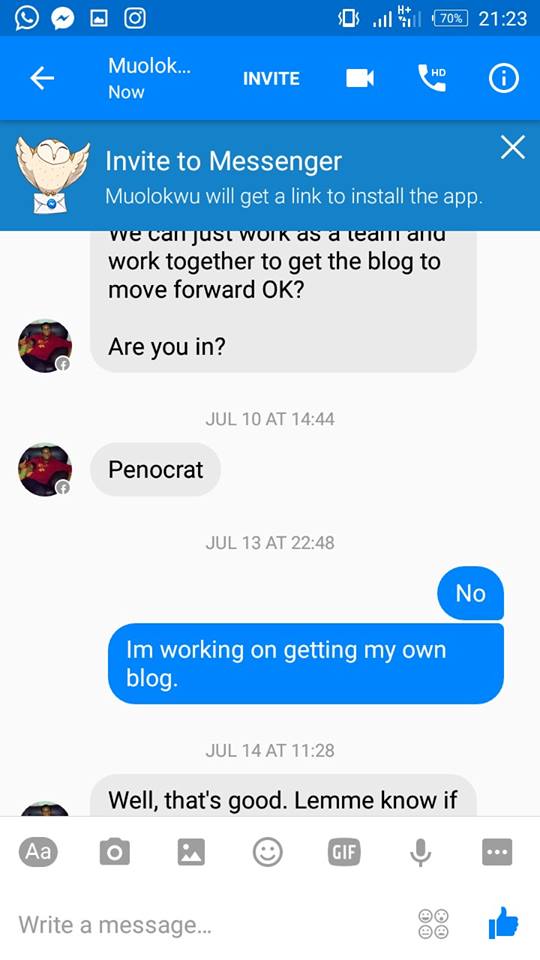 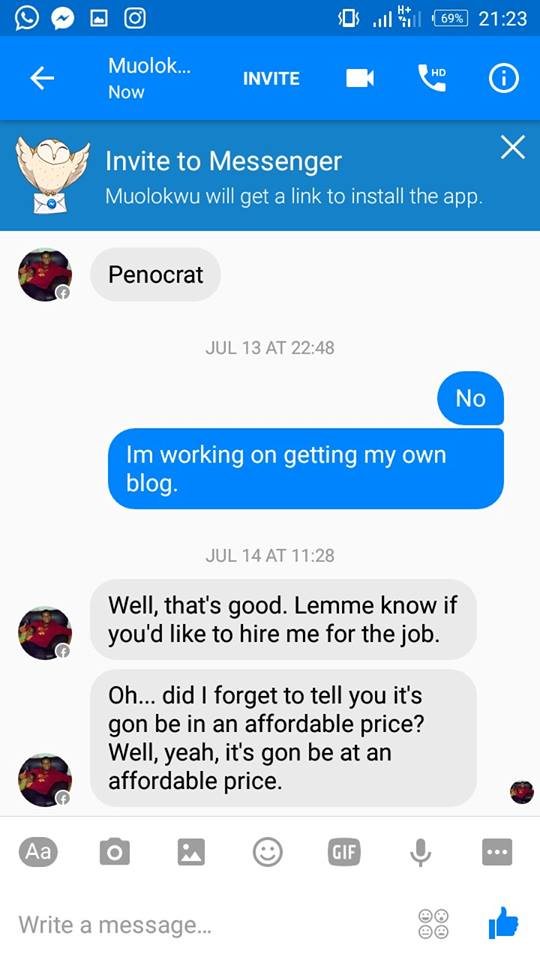 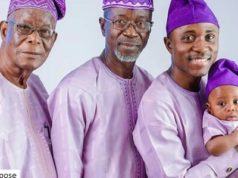