Home Entertainment News People said I was a gold digger and married her for money... 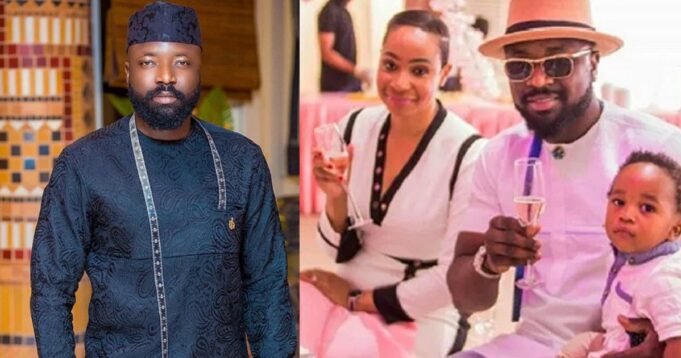 Big Brother Africa star, Elikem Kumordzie has opened up on his failed marriage to his co-reality show star, Pokello Nare.

Elikem and Pokello met and found love in each other during the 2014 Big Brother Africa show, and got married a year later in 2015.

They however divorced in 2017 over irreconcilable differences a few months after welcoming their first son, Tristan.

The Ghanaian actor and fashion designer speaking in a recent interview with Zion Felix shared his experience from being married to the Zimbabwean Businesswoman.

He said he was labelled a “gold digger” for getting married to her because she comes from a wealthy family.

“Sometimes people would say Elikem is a gold digger and he is only there for the money, and sometimes it hit me a little bit. That is why I wanted to come to Ghana on my ground, so we work from the bottom up. I wasn’t so much insecure, it was more of wanting to do my own thing.”

He said they had a misunderstanding over which country they would settle down in after the marriage – which compounded their marital issues.

According to Elikem, he relocated to Zimbabwe to be with her but it did not work out for him so he had to go back to Ghana.

“There was a misunderstanding on where we were going to live. I tried to move to Zimbabwe for a bit. I dismantled my machine into pieces and traveled with it in suitcases. I had to start my business over there, I had a few customers. I was there for 2 to 3 months, and it wasn’t going so well.”

I tried coming back to Ghana, but for some reason, Zimbabwe was more comfortable for Pokello. Everybody knows she was good from the start, and I was the one who was rather working to make ends meet more. She and her family were quite wealthy, and I was the guy who was coming out of nowhere.