The Police in Ogun have arrested one Noah Olaore for allegedly being in possession of 114 bags of weeds suspected to be Indian hemp.

The suspect was arrested on December 29, 2017, in front of the M.K.O Abiola Stadium, Abeokuta, the state capital. The arrest of the suspect followed an information received by men of the Federal Anti Robbery Squad that some hoodlums specialised in importing hard drug from Benin Republic into Ogun State were on their way again to the state. 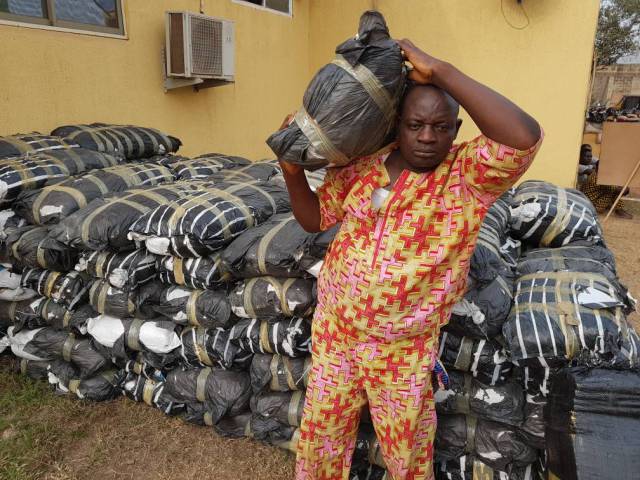 Upon the information, a team of FSARS operatives led by Inspector Adeyemi Akeem was detailed to go after the hoodlums and they accosted them in front of the M.K.O Abiola Stadium, where the suspect was arrested with the exhibits.

Further investigation led the police to Igbo-Ora in Oyo State, where more bags of the weed were recovered, bringing the total bags of Indian hemp recovered from the suspect to 114.

The state Police Public Relations Officer, ASP Abimbola Oyeyemi, said that the Commissioner of Police, Ahmed Iliyasu, had ordered a full scale investigation into the case with the aim of arresting other members of the syndicate.