On Thursday, Pope Francis knelt to kiss the feet of South Sudan’s previously warring leaders, in a dramatic gesture after an unprecedented retreat at the Vatican.

Pope however urged them to not return to a civil war. He also appealed to President Salva Kiir, his former deputy turned rebel leader Riek Machar, and three other vice presidents to respect any peace agreement they signed and commit to forming a unity government in May. 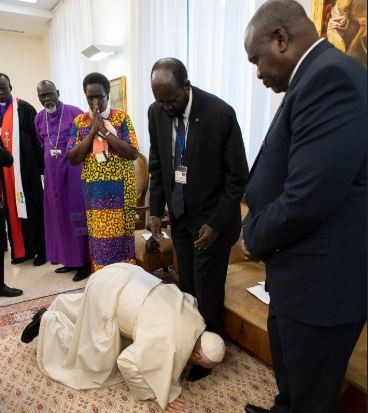 “I am asking you as a brother to stay in peace. I am asking you with my heart, let us go forward. There will be many problems but they will not overcome us. Resolve your problems.”

The Sudanese leaders appeared to be astonished as the 82-year-old pope, helped by aides, knelt with difficulty to kiss the shoes of the two main opposing leaders and several other people in the room. 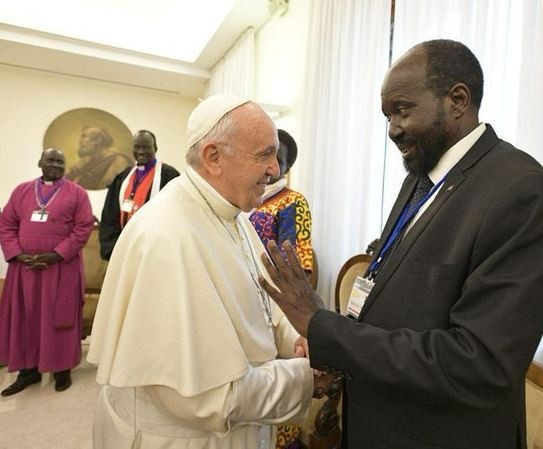 The Vatican brought together South Sudanese leaders for 24 hours of prayer and preaching inside the pope’s residence in a last ditch attempt to heal bitter divisions a month before the war-ravaged nation is due to set up a unity government. 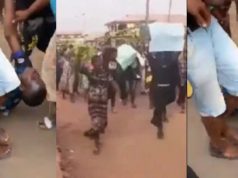 Police reportedly kill one, injure many during protest against SARS brutality in Sagamu, Ogun State (Video) 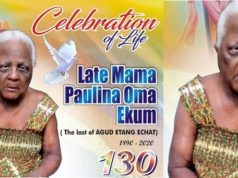 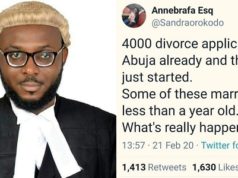 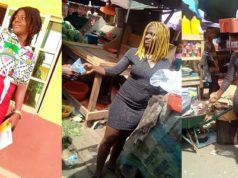 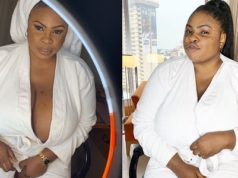 “My bride price must be one million dollar. If you don’t have it please shift” – Nigerian woman says as she shows off her... 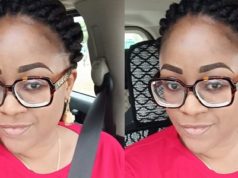