Interior designer and hotelier, Ehi Ogbebor has affirmed that she has found love and ready to give marriage a chance for the third time.

Recall that the hotelier made headlines few days ago after she confirmed her relationship with MC Oluomo, the chairman of National Union of Road Transport Workers (NURTW).

Speaking in an exclusive interview with BBC Pidgin, Ehi stated that if she sees a man she really likes, she wouldn’t hesitate to marry him.

According to her, her two older children will soon be going to the university and her last child needs a younger sibling to play with.

The heavily-endowed businesswomen also noted that although she was unlucky with her previous marriages, whoever she decides to date and marry is nobody’s business.

Watch the full interview below, 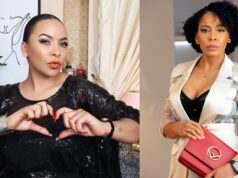 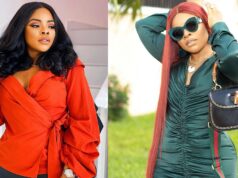 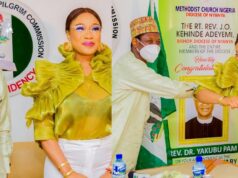 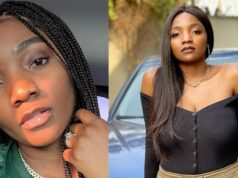 If you shame people for doing honest hard work to eat, you are dumb – Simi 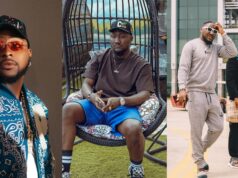 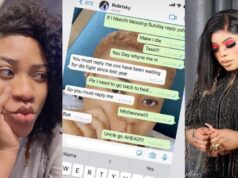 TBoss calls out men who give their girlfriends gifts only to collect them when...

Video vixen exposed by DNA test after being accused of getting ‘maintenance money’ from...

“Waiting to have money before marrying is a flimsy excuse” – Laura Ikeji tells...

“Waiting to have money before marrying is a flimsy excuse” –...

Tonto Dikeh appointed an ambassador of peace building by the Nigerian...

If you shame people for doing honest hard work to eat,...

“Leave us to enjoy our father’s hard work,” — Singer Davido...